Ginni Thomas, conservative political activist and wife to Supreme Court Justice Clarence Thomas, voluntarily met with the Jan. 6 committee this week, and in her testimony, claimed that she and her husband actively avoid talking about their work together. But on Friday’s episode of “The View,” the hosts weren’t buying a single word of that.

In her prepared statements to the select committee this week, Thomas said that “my husband has never spoken with me about pending cases at the Court. It’s an iron clad rule in our home,” and noted that Justice Thomas is “uninterested in politics.” As a result, “I generally do not discuss with him my day-to-day work in politics, the topics I am working on, who I am calling, emailing, texting, or meeting.”

And while “The View” host Sunny Hostin noted that it might be OK if Justice Thomas were uninterested in politics, particularly because his decisions as a judge should be rooted in the rule of law rather than partisan ideas, she refused to believe that he and his wife don’t discuss her work or who she communicates with.

“I think Ginni Thomas is a little bit of a filthy liar,” Hostin said. “And the reason that I say that is because she says ‘We don’t talk about politics. We don’t talk about the Supreme Court…'” At that, Joy Behar cut her off, asking “What do they talk about, ‘Dancing With the Stars?'” 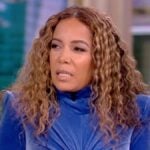 But Hostin returned to her point, drawing on her own experiences in the legal system for support.

“Why she’s lying is because — I was an appellate law clerk. And what happens when you graduate from being a law clerk is that you stay in touch with all of your former clerks. And you have all these threads, and when cases comes up and stuff like that, before that particular court, you really get up on it. You start talkin’, ‘What was Judge Bell thinkin’, that was nuts!'”

Hostin brought that up because there is indeed a thread between former clerks of Judge Thomas — which his wife is not only on, but “she plans family retreats for everyone” in it. Hostin also pointed out that one of those former clerks is John Eastman, who was, of course, one of the biggest testimonies in the Jan. 6 hearings.

Host Alyssa Farah Griffin also admitted that she’d “call B.S.” on Thomas’ claims that the Thomases don’t discuss their work, arguing that at the very least, Judge Thomas might ask his wife how her day was, or if she did anything exciting — including on Jan. 6, when his wife was at the Capitol. 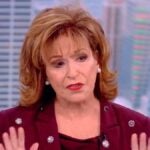 Also Read:
‘The View’ Co-Host Joy Behar Shreds Kyrsten Sinema’s Approval Record: ‘Only Person Who Seems to Like Her Is Mitch McConnell’ (Video)

“Is she a liar, or is she in the cult?” Behar wondered. But to that, host Ana Navarro had a blunt answer.

At Behar’s obvious confusion, Navarro clarified that she was referencing the viral song from Disney’s “Encanto,” before getting into her true thoughts on Ginni Thomas.

“I think she is representative of people who are somewhat radicalized, or totally radicalized, who are not rooted in fact, and who are crazy,” she said. “But I don’t think Ginni Thomas is a mastermind behind this conspiracy. I think she is one of those annoying gadflies that they had to deal with because she happens to be married to a Supreme Court justice that they needed.” 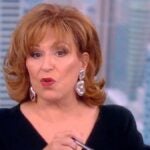