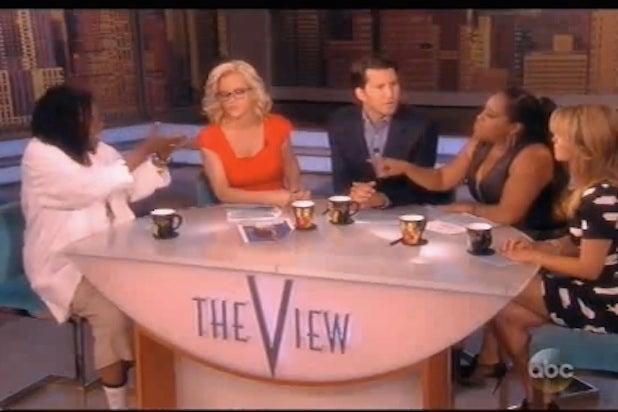 The panelists of “The View” commemorated the 20th anniversary of O.J. Simpson’s infamous Bronco chase by discussing how the media world has changed, but conservative guest host Will Cain took the discussion one step further by asking Whoopi Goldberg if she thought he was guilty.

“Most people looked at that case and said the evidence was clear that O.J. was guilty,” Cain observed. “The justice system’s goal is to find the truth. Let me ask you, twenty years later, was O.J. guilty or innocent?”

“I’m not on the jury,” Sherri Shepherd said, raising her hands.

Goldberg observed that people thought it was “clear” that Casey Anthony was guilty, until the jury found out otherwise.

Also read: O.J. Simpson’s Slow-Speed Chase Was 20 Years Ago Today: How It Would Play Out Now

“Either you accept the way we work or you don’t,” Goldberg said. “That’s the bottom line to me.”

“I think the bottom line with Casey Anthony is we learned the difference between innocent and not guilty,” Cain said.