The hosts of “The View” are not happy with LeBron James this week after the NBA star said he doesn’t feel responsible for telling fans to get their COVID vaccines. For the women, encouraging public health and safety measures is an inherent responsibility for anyone with as massive a platform as James.

The panel kicked off the show with that discussion on Thursday, showing a clip from one of James’ recent press conferences. In discussing the NBA’s vaccination mandates, James admitted he was initially skeptical of the COVID vaccines, but did his own research and decided that he and his family should get vaccinated. That said, he didn’t feel like that decision is one he should encourage fans to make.

“But as far as speaking for everybody and their individualities, things that they want to do, I don’t feel like that’s my — that’s not my job,” James said.

To that, host Whoopi Goldberg somewhat agreed — but only somewhat. 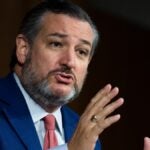 “It’s not your job to tell people what to do, but you can suggest!” Whoopi said. “You’ve figured out that nobody grew a second head or a tail when they got the shot. I mean, I don’t know why that would be hard for folks.”

As the discussion continued, the hosts of “The View” all pretty much agreed with Whoopi’s sentiments. Host Ana Navarro noted that people like James — or herself and her co-hosts, or really anyone with a platform — undeniably have certain privileges that come along with that platform and bear responsibility for the messages they send out.

Sunny Hostin added that she was “really deeply disappointed” in the basketball star.

“I try to go back to the law, you know? And I think, in America, we talk about personal freedoms so much because it is really the foundation of our country. But what we have to realize is that, as citizens, we do prioritize individual freedom but we don’t have the right to harm our colleagues and our colleagues’ families,” Hostin said. “With that individual freedom comes that great responsibility. Your right, LeBron, to a healthy life is not greater than another person’s right to a healthy life, and that’s really the message that I think needs to come out.”