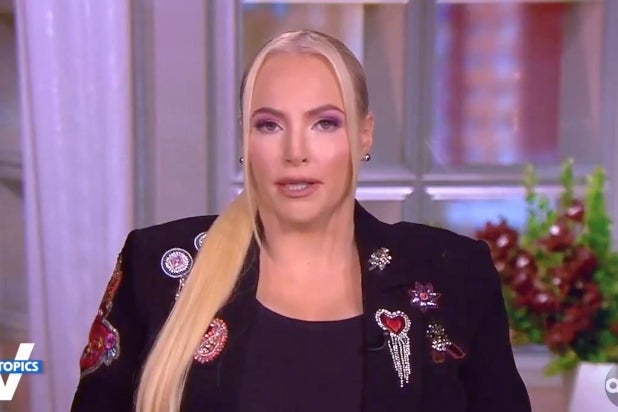 Meghan McCain spoke directly to her own party on Monday’s episode of “The View,” demanding that Republicans hold Trump and his supporters to the same standards they would hold a Democratic president.

“People are really worried about violence on Inauguration Day. I think they have to send a direct message, Republicans and Democrats, that this cannot stand and there have to be ramifications for what happened,” McCain said, referencing last week’s Capitol riots. “This is one of the worst domestic terror attacks in our history.”

She continued, “I have said this on this show numerous times: Facts are stubborn things. Normally I say it in relationship to Democrats — now I’m saying it to Republicans. If President Obama had incited this kind of riot, where he had lied to his voters, lied about the election and then sent a mob of people up on Capitol Hill where the vice president could have been killed or worse, there would be absolute bedlam worse than we’re seeing now.”

Also Read: 'The View': Meghan McCain Slams 'Scum of the Earth' Rioters in Emotional Rant: 'You Are Not Patriots' (Video)

.@MeghanMcCain: “They have to send a direct message, Republicans and Democrats, that this cannot stand and there have to be ramifications.”

“If we let this stand and we don’t have 100% for impeachment [or] the 25th Amendment… the existential threat of violence is still here.” pic.twitter.com/6anKqVy4nH

Whoopi Goldberg chimed in, murmuring “Oh my God” in agreement when McCain pointed out how conservatives would have reacted if the insurrection at the Capitol had taken place while Obama was president.

“So the problem I’m having now, and I’m just speaking to my own party — there has to be intellectual consistency in this,” McCain continued. “Because we always go on TV and say we are the party of law and order, we are the party of the ideals, we are the party of ramifications for people that screw with America, we’re gonna put a boot in your you-know-what if you screw with the American way. I have said that. So why is it different when it’s MAGA supporters? That’s where I’m really confused right now. If we let this stand and we don’t have 100% for impeachment, the 25th amendment, anything and everything to get him out now — the existential threat of violence is still here.”