The topic on “The View’s” mind Friday morning was Queen Elizabeth II’s death this week at the age of 96.

While the talk show’s hosts agreed that the queen lived a life deserving of respect and honor, Sunny Hostin highlighted how she’s seen many negative reactions to her death online from various minority communities. She concluded that “we can mourn the queen and not the empire.” 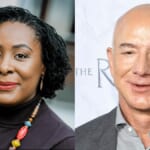 Hostin began by remembering her time in London and being seduced by the nation’s embrace of traditions like the royal family, the changing of the guard and more: “I think we all love glam and pageantry,” she admitted. But she also said that the crown is not without criticism or controversy.

“If you really think about what the monarchy was built on, it was built on the backs of Black and brown people. She [Queen Elizabeth II] wore a crown with pillaged stones from India and Africa,” Hostin said. “Now what you’re seeing, at least in the Black communities that I’m a part of, they want reparations.”

When Ana Navarro later pointed out that the United States was similarly built on the backs of Black and brown people, Hostin emphasized, “And we want our reparations!” to applause from the studio audience.

She also reflected on the role that the newly crowned King Charles could play in alleviating these tensions. 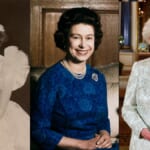 “Right now, Charles is in a position – I think he has 14 colonies that he is now head of state, including Australia and Canada, I believe, if I’m correct. It’s time for him to modernize this monarchy and it’s time for him to provide reparations to all of those colonies,” Hostin said. “I also think, you know, a monarchy, it’s very easy to uplift one family, the harder thing is to uplift all families, and I think that he’s in a position to be able to do that.”

You can watch the full discussion – which also included how Charles should navigate his relationship with the estranged Prince Harry and Meghan, Duchess of Sussex – in the video above. 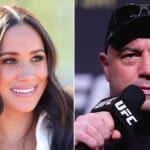