Samuel L. Jackson is more than happy to be part of superhero movies and series, even if some filmmakers consider them “not cinema” or too sexless. As he explained to the women of “The View” on Thursday, those criticisms are unnecessary.

In a recent interview with UK outlet The Times, Jackson noted that “all movies are valid.” When asked to expound a bit on “The View,” Jackson doubled down, and inserted his classic brand of sass.

“Movies are movies,” Jackson said. “Those are the movies that I went to see when I was a kid. And the artistry of making a movie is something that was a mystery for so long. Making movies is no longer a mystery, everybody knows how to do it. Kids know how to do it on their phones. So it’s easy for them to dismiss it, only because people aren’t going to see their movies.” 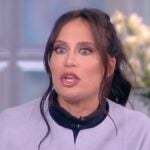 Also Read:
‘The View’ Guest Host Stephanie Grisham Apologizes for Working So Long for Trump: ‘I Messed Up’ (Video)

Jackson added that genre movies have always been beloved by audiences, not just in recent years.

“It’s like we’ve been dumbed down, but that’s always been the case,” he continued. “When we were younger, people went to see cowboy movies, and they went to see superhero movies of another ilk, they had superheroes on television.”

The MCU actor then reiterated that superhero films are meant for a different audience than more serious films. But at the end of the day, Jackson said he takes on roles that he’d have loved to see on screen himself. 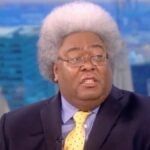 Also Read:
‘The View': The Nation’s Elie Mystal Calls US Constitution ‘Kind of Trash’ Since ‘Slavers’ Wrote It (Video)

“You know, I still do movies that I would’ve gone to see when I was a kid,” he said.

For what it’s worth, host Sunny Hostin did try to get some “Secret Invasion” spoilers, but as expected, Jackson was tight-lipped. All he would say? “Nick Fury is in it.”