The hosts of “The View” were pretty annoyed with Sarah Palin on Thursday, after it was revealed that the former governor of Alaska went out to eat while she was knowingly COVID positive.

Palin was first spotted dining indoors at a Manhattan restaurant over the weekend, despite being unvaccinated. According to moderator Whoopi Goldberg, Palin then returned to the restaurant on Wednesday to apologize and was allowed to dine outdoors.

While the panel of women were baffled by the move, they weren’t exactly surprised. 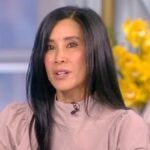 “She’s a privileged, and an arrogant, entitled person, so she thinks she can do whatever she wants,” Joy Behar said, adding that the politician is “dying for relevancy.”

The women were particularly surprised that the restaurant didn’t enforce New York’s statewide policy that anyone dining indoors must be vaccinated, but even more so that it allowed her to return.

“I hope all the people who were dining at the same time, at the same place, don’t get sick from her bringing COVID in,” Whoopi said. “As hard as we try to keep it away from people, and of course, those people might have children! Or older people living in their homes. Thanks Sarah Palin!” 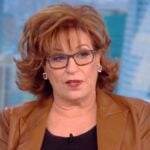 Sunny Hostin and guest host Lisa Ling called the move “incredibly selfish” and “irresponsible” respectively, but it was Whoopi who had the most direct criticism of Palin.

“You broke the COVID protocol, so you’re basically giving the finger to New Yorkers and New York City,” Whoopi said. “Once again, thanks!”