“The View” hosts on Friday hit back at Tucker Carlson after the Fox News host mocked Pete Buttigieg for taking paternity leave following the birth of his twins this summer.

On Thursday night, Carlson took a shot at the secretary of transportation for his recent announcement that he would be taking time off to care for the twins he adopted with husband Chasten. “‘Paternity leave,’ they call it,” said the host. “Trying to figure out how to breastfeed. No word on how that went.”

Joy Behar added her voice to the group of primetime anchors and public figures who took to social media in defense of Buttigieg. “Of course, the rather insecure Tucker Carlson couldn’t resist going full bigot,” Behar quipped.

Ana Navarro joked that perhaps Carlson’s “lack of heart” and knowledge about breast-feeding could be explained by the fact that “he came out of a robot.”

Sherri Shepard commended Buttigieg’s decision: “It says to other guys that you can take time off” to help their significant others and decrease the stress that comes with caring for a newborn child. She was also quick to point out that Carlson had not issued the same critiques for his Fox News colleague Jesse Watters, who took time off after the birth of his third child. 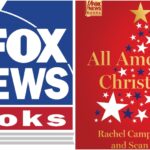 Sara Haines took Carlson’s comments as an opportunity to advocate for better workplace policies. “If we had mandatory family leave, that would equalize the playing field,” she argued.

Later in the segment, Behar returned to the topic to address Carlson’s attempts to mock Buttigieg’s “manliness.”

“I’d like to just say that Pete Buttigieg served six years in the Navy Reserve and deployed — and was deployed in Afghanistan. Tucker Carlson was booted off ‘Dancing with the Stars’ after he couldn’t even do the Cha Cha,” said Behar, to raucous laughter from the crowd and her fellow hosts.