Whoopi Goldberg had a bone to pick with Elon Musk and Tesla cars on Tuesday. During the morning’s episode of “The View,” the host called out Tesla’s current roadside assistance program, and implored Elon Musk to create a better one.

According to Goldberg, she had some trouble while driving her Tesla on Monday, and discovered that the electric vehicles don’t provide drivers with a spare tire (nor do they come with run-flats). She also noted that Tesla tells its users to email the company if they need support, rather than being able to talk to someone directly.

So, Goldberg took a moment to call out to Tesla CEO Elon Musk directly.

“It seems like a crazy problem. But the truth of the matter is, had this happened to me on top of a road on some mountain, I would be very frightened,” Whoopi said. “And you, Elon, have bought a piece of Twitter, well I’m tweeting you from here. Take some of your money, please, and create a roadside assistance thing that doesn’t require me to look for a signal. Because if there isn’t one, you are really screwed. You are really screwed.” 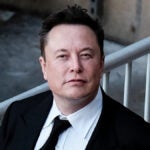 Also Read:
Twitter Adds Elon Musk to Board, Limits His Potential Stake to Under 15%

Tesla did not immediately respond to TheWrap’s request for comment.

Host Sunny Hostin backed up Whoopi’s claims, noting that her own husband owns a Tesla, and recently needed a spare tire as well, only to discover there wasn’t one. But, Hostin said that there was a number for him to call — it just kept him on the line for five hours trying to get help.

“Not only did it take five hours, but what they told him was ‘Go to the thing on your phone, and send us an email,'” Whoopi countered. “Listen y’all, these are great cars. I love them. But yesterday was the first time I was very afraid, because if I had been in there by myself, I would not have been able to get to somebody. And regardless of what your age is, maybe you’re leasing it, doesn’t matter. But Tesla, you need to fix this. This is a dangerous situation, especially if you’re in the car with an older person.” 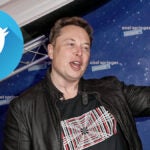 When guest host Stephanie Grisham jokingly pointed out that Whoopi’s criticisms could be causing Tesla stock value to crash in real time, the moderator swore that that was not her intention in bringing the matter to the table.

“I’m saying this because it’s a fixable problem,” Whoopi said. “All you have to do is, you got enough dough to put a Tesla group out there that can come and rescue women with children [and] older people who decide to get them.”