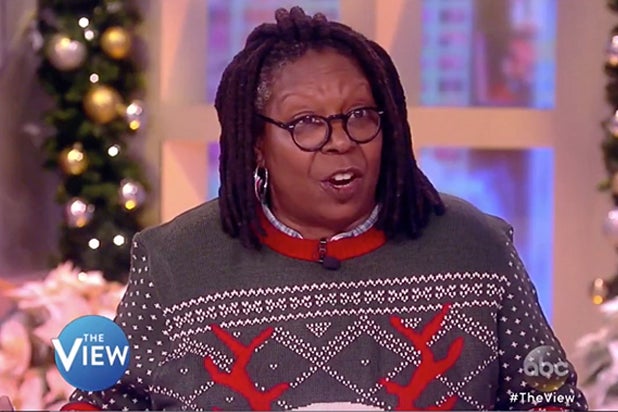 Whoopi Goldberg warned about the dangers of not voting and history repeating itself, on Monday’s episode of ABC’s “The View.”

When Raven-Symoné joked that she has “conspiracy theories” about the government, Goldberg took the conversation in an even more serious direction.

“Here’s a good conspiracy for you,” she said: “A lot of what we’re seeing floating out there right now, has happened before, and it didn’t turn out well for folks.”

On the subject of voting to keep a Hitler-type ruler out of the White House, co-host Joy Behar retorted, “Just as a point of history, in Germany they did vote for Hitler,” but Goldberg saw this as support for her argument.

“The same thing that they said about Hitler, they’re saying about other candidates, and that’s my point,” she said.