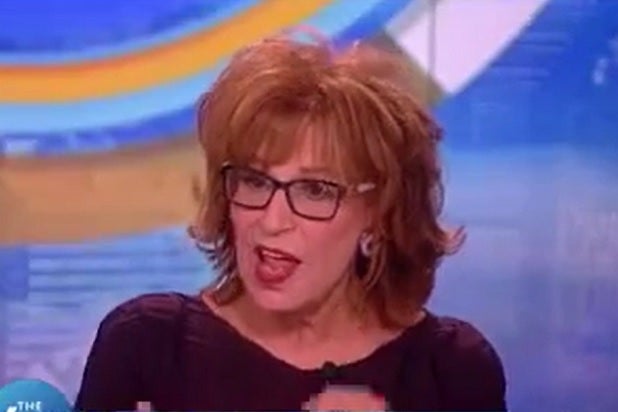 The women of “The View” went bipartisan in their criticism during Thursday’s episode, raking both Democratic presidential candidate Hillary Clinton and Republican congressman Paul Ryan over the coals.

Clinton was the first one to be tossed onto the grill, as Whoopi Goldberg and her cohorts discussed Vice President Joe Biden’s announcement yesterday that he wouldn’t run for president.

“I don’t believe like some do that it’s naive to talk to Republicans … for the sake of the country, we have to work together,” Biden said, in what the “View” crew took as a reference to Clinton listing Republicans among her enemies during last week’s Democratic debate.

See video: 'The View's' Joy Behar Warms Up to Donald Trump: 'The Guy Is Not as Bad as the Rest of Them'

“I remember when she was in the Senate, she worked really well with Republicans, they used to say how great she was,” Joy Behar said. “So why would she say that? I thought it was a mistake, frankly, on her part.”

“I did too. It was disappointing, it was upsetting,” Candace Cameron Bure added. “Because isn’t that the goal, that we all work together?”

“It’s bad enough that these people don’t want to cooperate, now they’re really gonna be pissed off,” Behar added. “But on the other hand, why is he attacking Hillary like that? Because you know at the end, Joe, you’re going to have to support her. You know it.”

Goldberg opined that the word “enemy” is lobbed around entirely too casually overall in politics.

“The word ‘enemy’ is thrown around a lot by both sides, I just want to say,” Goldberg said. “I remember them talking about Obama, enemy of the country … I mean, come on.

“No matter who invokes it, it’s probably time to find a better word,” Goldberg said.

The “can’t we all get along?” proclamation, however, didn’t prevent the panel from laying into Ryan, who’s said that he would serve as Speaker of the House if he’s allowed to spend ample time with his family, even though his voting record hasn’t always been family-friendly, including voting against paid paternity leave for federal employees in 2009.

“The Republicans are always blocking any paid family leave in any capacity … so he seems like a big hypocrite to me by saying something like that,” Behar said.

“We’re so backward in that way, it’s horrible. And yet, the Republicans are all about family values, and yet they won’t pass anything to help families,” Behar added.

“It poses a really interesting question, because it does seem like blatant hypocrisy,” Cameron Bure added.

Behar then posed a hypothetical question about what would happen if a certain other politician made the same demand.

“Can you imagine if Hillary Clinton said this? If a woman says, ‘I have to spend more time with my family,’ they’d be like, ‘Oh well, she’s unfit to work. She can’t do the job. She cares about her family more than she does about the country,'” Behar said. “But [Ryan’s] getting flowers sent to him — ‘Oh, isn’t he great? He’s a guy who wants to spend time with his family!'”