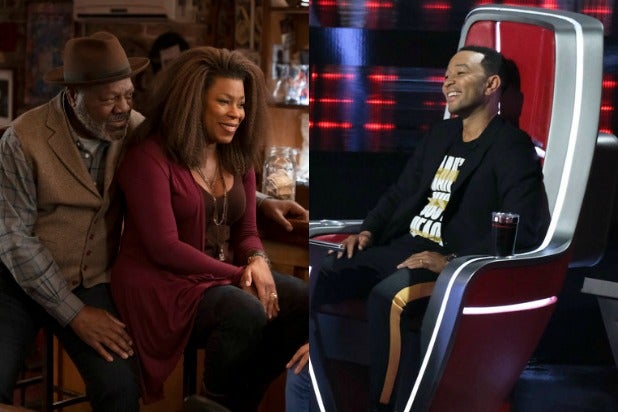 NBC is switching up its Tuesday primetime block again by swapping freshman drama “The Village” and Season 16 of “The Voice.” The scripted show will now occupy the 8 p.m. slot and the alternative series will take over the 9 o’clock hour. “New Amsterdam” will remain at 10 p.m.

This change in schedule will ensure NBC’s long-running singing competition isn’t directly competing with “NCIS” on CBS, but will be facing off against new series “The Code” this coming Tuesday and “FBI” in the following weeks.

So yes, NBC is essentially sacrificing “The Village” and ceding the hour to CBS, knowing that “The Voice” will still win the demo at 9. (It will beat both “FBI” and “The Code” among adults 18-49, but the remaining “FBI” episodes ahead of “The Voice” finale could claim weekly viewer victories.) The stronger lead-in should also help “New Amsterdam” at 10.

The company line behind hanging “The Village” out there at 8 emphasizes the show’s strong DVR viewing — though that comes about as a result of it having previously been a 10 p.m. show, the primetime hour with the most natural time-shifting simply based on the fact that TV viewers have to sleep, too.

Tuesdays are pretty much up for grabs in terms of overall Nielsen rankings among adults 18-49, the demographic most sought-after by advertisers. This week, for example, the primetime averages lined up like this:
CBS: 0.9
ABC: 0.8
NBC: 0.7
Fox: 0.6

ABC’s second-place finish may not continue into next week. It benefitted by debuting “Bless This Mess” and concluding the freshman season of “The Rookie.” Next Tuesday, ABC will air an hour of its six-part docuseries on the year 1969.

The new NBC configuration gives it the best chance to finish higher on the podium.

The broadcaster’s switched-up Tuesday lineup will take effect April 23 and conclude May 21.  The following week, the season premiere of “America’s Got Talent” and series debut of another singing competition, “Songland,” will take over that weeknight at NBC, with the two-hour “AGT” airing at 8 and “Songland” at 10.