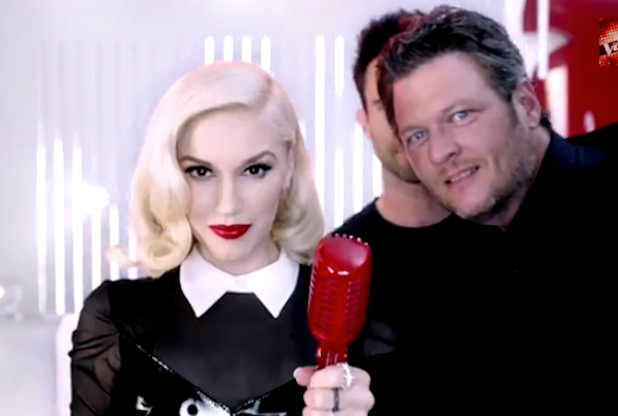 Gwen Stefani is the lead singer and front woman in the first promo for upcoming Season 7 of “The Voice,” which surfaced on the show’s YouTube channel Friday. Stefani and fellow newbie Pharrell Williams are front and center, grooving to the sounds of “Hollaback Girl,” a song they wrote together.

Stefani and Pharrell will make her debut as coaches when the new season premieres Sept. 22. They join mainstays Adam Levine and Blake Shelton, who have been on the show since its inception.

Stefani is filling in for Christina Aguilera and Williams replaces Cee Lo Green. While Green is gone for good, Aguilera plans to return after this next season, the show’s seventh.

Williams’ career has never been stronger. After producing Robin Thicke’s “Blurred Lines” and Daft Punk’s “Get Lucky,” he released his second solo album, “Girl,” in March. Stefani has alternated between the band No Doubt and her solo career.