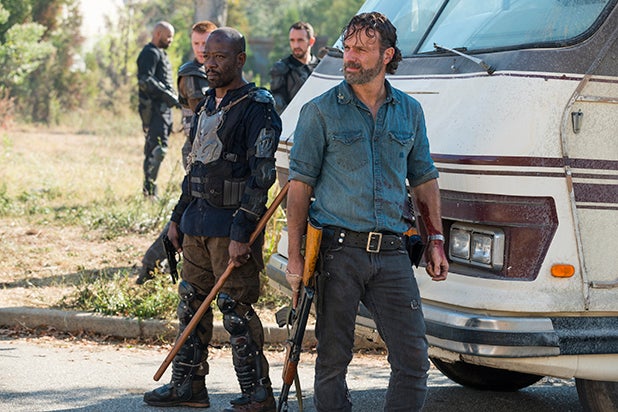 “The Walking Dead” is temporarily halting production in Atlanta due to the approaching Tropical Storm Irma. TheWrap has learned that production was shut down today, though there’s no word on when production is expected to resume.

Irma has been downgraded to a Tropical Storm as it moves from Southern Florida to Georgia. The state’s governor, Nathan Deal, declared a state of emergency in all 159 counties of the state.

Currently, according to The Weather Channel, winds are approaching 50 mph.

This is the second time this year that production has been halted on “The Walking Dead,” following an accident back in July in which stuntman John Bernecker was injured and killed in a fall on set.

“The Walking Dead” is entering its 8th season, with the premiere returning on October 22 on AMC.