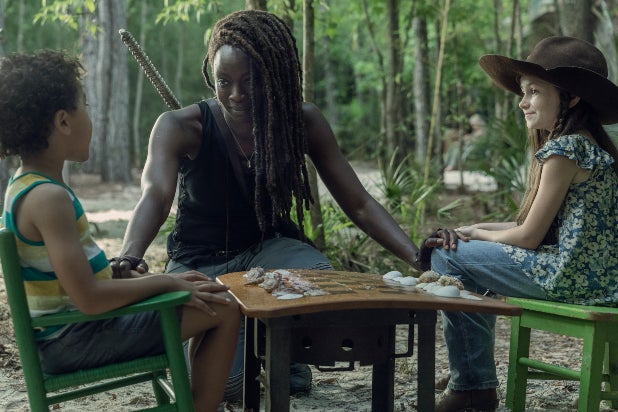 “The Walking Dead” returned for its 10th season on Sunday without one third of last year’s premiere audience.

Sunday’s Season 10 premiere of the hit AMC drama drew 4 million total viewers, with 1.9 million of those coming from the advertiser-coveted 18-49 demographic. Compared to last season’s premiere, Sunday’s episode was down 34% among total viewers and 42% in the demo.

The declines were less steep when looking at where it left off last season. It was down 21% overall from the Season 9 finale and 22% in the demo. The premiere episode was available for a week prior to Sunday’s premiere to subscribers of AMC Premiere, the company’s ad-free streaming service that’s available to TV customers.

The aging series has its ratings erode over the past few years, with viewership numbers for Season 9 coming in well below the previous season (its ninth season finale was an all-time low). However, despite the downward trend — which is more or less in line with across-the-board cable ratings declines in recent years — the once-massively popular zombie drama remains the most-watched non-sports program on cable.

And it’s not like “The Walking Dead” is going anywhere anytime soon. Not only was the series renewed for an 11th season last weekend, with Lauren Cohan returning as a full-time cast member, but AMC is expanding the zombie drama into a full-blown franchise. Along with “Fear the Walking Dead,” which is getting a sixth season, AMC will debut a third “Walking Dead” series next spring.

Along with the three “Walking Dead” TV shows, the burgeoning franchise is heading to the big screen with Lincoln reprising his Rick Grimes role in a movie, with Universal on board to give it a theatrical run.