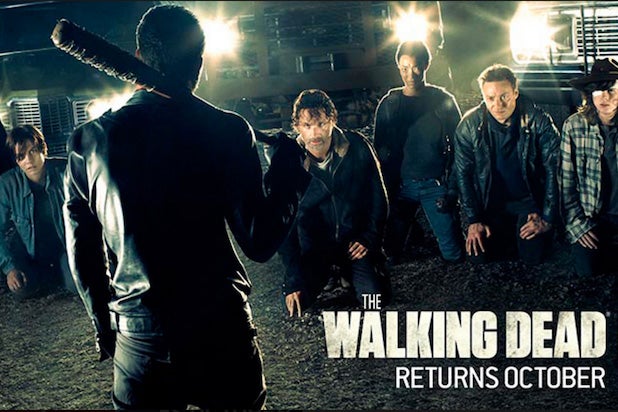 While fans are going to have to wait until October for the next installment of “The Walking Dead,” it’s never too soon to get excited about the cult horror hit.

“Eeny, meeny, miny, moe. You are it,” the show’s Twitter account tweeted on Thursday along with the photo below.

The sinister image features Negan (Jeffrey Dean Morgan) and his infamous bat surveying 11 potential victims kneeling before him, but doesn’t reveal who he kills. Perhaps the first  Season 7 trailer, which is set for release Friday, July 22, will answer that question — and spark many more

AMC’s “The Walking Dead” returns for Season 7 this October.