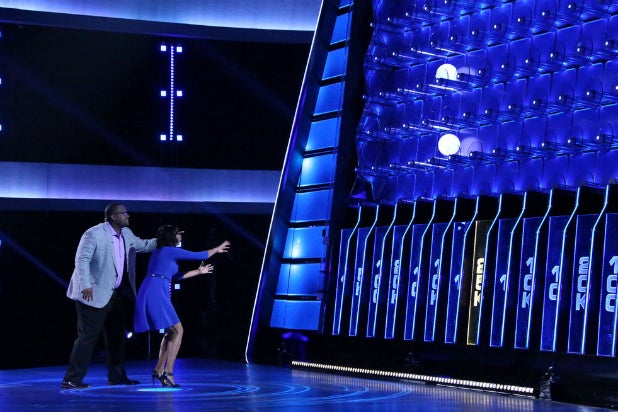 A fresh showing of NBC’s “The Wall” was enough to win the Peacock network the Wednesday night ratings battle. Of course, it didn’t have a lot of stiff competition with the reruns aired on the rest of the Big 4.

The Foster Farms Bowl filled Fox’s lineup, a repeat of the “Carol Burnett 50th Anniversary Special” took up most of CBS’ night, and ABC churned out a slew of reruns, all leading to NBC grabbing the number one slot in the key demo.

NBC was first in ratings with a 0.8 rating/3 share in the advertiser-coveted 18-49 demographic and in total viewers with an average of 4.8 million, according to preliminary numbers. At 8, “The Wall” posted a 1.0/4 and 5.5 million viewers. The game show was followed by an encore of “Dolly Parton’s Christmas of Many Colors” special.

ABC and Fox tied for second in ratings with a 0.6/3. ABC was third in viewers with 2.9 million, showing repeats all through primetime.

Fox was fourth in viewers with 2.7 million. At 8, the Foster Farm Bowl’s pregame show had a 0.5/2 and 2 million viewers. From 8:30-10, the college football game between the Arizona Wildcats and Purdue Boilermakers took a 0.7/3 and an average of 2.9 million viewers.

CBS and Univision tied for fourth in ratings with a 0.5/2. CBS was second in viewers with 4.7 million, airing an encore of the “Carol Burnett 50th Anniversary Special” and rerun of “SEAL Team.”

Also Read: Ratings: The Grinch Steals (Some of) Christmas for NBC