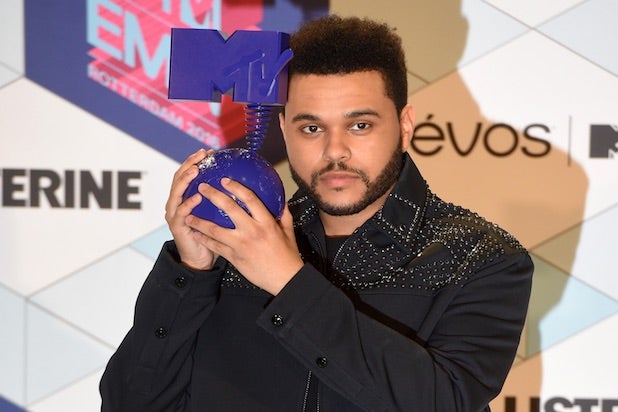 The Weeknd will headline the Super Bowl LV halftime show.

The Super Bowl is currently scheduled for Feb. 7 on CBS from Tampa Bay’s Raymond James Stadium. Of course, all of that is pending given the current out-of-control pandemic.

The Weeknd announced the news on his Instagram page Thursday: “performing on the iconic stage. see you 02/07/21.”

As with last year, the Super Bowl halftime show is being produced by Jay Z’s Roc Nation.

Super Bowl LIV drew 102 million viewers back in February across Fox, Fox Deportes and Fox’s, the NFL’s and Verizon’s digital properties. Fox’s broadcast channel racked up 99.9 million of the 102 million. Spanish-language channel Fox Deportes added 757,000 viewers. Sunday’s all-in audience was about 1.3% higher than 2019’s comparable number. The 102-million tally, which is an average, made yesterday’s contest the 10th most-watched Super Bowl in history.

CBS has yet to announce which show will get the prime post-Super Bowl spot. Last year, Fox’s “The Masked Singer” posted 23.7 million viewers and an 8.1 rating among adults 18-49. Last time CBS aired the Super Bowl, only two years ago (the network swapped its place in line with NBC), CBS debuted the failed “World’s Best” reality show.