Despite an overhaul to the rules of the Grammys, The Weeknd has reasserted that he will continue to boycott the awards show in the future and refuse to submit songs to the Recording Academy.

The Weeknd was completely snubbed from this year’s Grammys, despite his mega-hit “Blinding Lights” and album “After Hours” netting him accolades and a Super Bowl appearance. And in March, he told the New York Times that he was cutting ties with the awards because of the Recording Academy’s “corrupt” “secret committees” that have long shaped the final Grammys nominees.

On Friday, the Grammys finally abolished those committees, but The Weeknd’s mind is still made up. 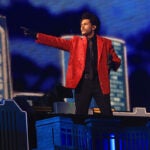 “The trust has been broken for so long between the Grammy organization and artists that it would be unwise to raise a victory flag,” he said in an interview with Variety Monday. “I think the industry and public alike need to see the transparent system truly at play for the win to be celebrated, but it’s an important start,”

He continued: “I remain uninterested in being a part of the Grammys, especially with their own admission of corruption for all these decades. I will not be submitting in the future.”

The Weeknd’s manager William “Sal” Slaiby also spoke out against the Grammys to Variety, saying “No change comes without a voice heard. I’m just proud of Abel for standing up for what he believes in. I was in a shock when all this happened but now I see it clear and I’m glad we stood for our beliefs.”

The Recording Academy on Friday announced that it would be eliminating its expert committees who decide the final ballot for the Grammys nominations. For years, 15 to 30 anonymous industry experts would whittle down the list of nominations from a larger list put together by the full Recording Academy membership. While it’s been meant to legitimize the nominees, it’s long been accused of corruption and leading to conflicts of interest, and it’s further resulting in harming the diversity of the nominees.

Now a simple majority will determine the list of Grammy nominees, and members will also have to go through a “requalification” period to determine that they’re still active in the music industry.