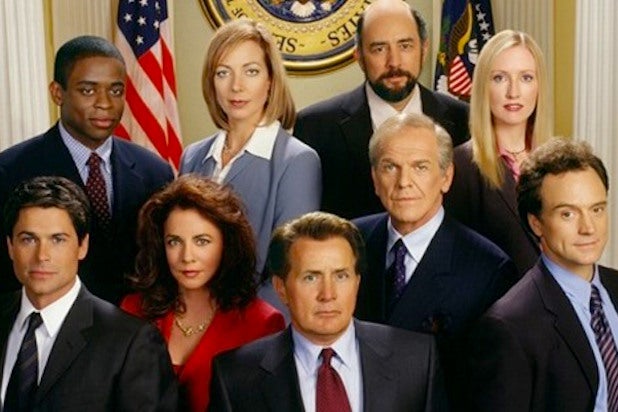 Netflix is set to lose another classic TV show from its library. Aaron Sorkin’s political drama “The West Wing” is set to move to HBO Max, WarnerMedia’s upcoming streaming service launching next year.

The announcement was made by WarnerMedia entertainment CEO Bob Greenblatt during a Mipcom keynote in France on Tuesday.

“The West Wing” becomes the latest addition for HBO Max, joining “Friends” and “The Big Bang Theory.” The service will also be the first to stream episodes of the ’90s-era Will Smith sitcom “The Fresh Prince of Bel-Air.”

Netflix, meanwhile, has seen its library get raided in recent months. Along with “Friends,” the streaming service is set to lose “The Office” and “Parks & Recreation” to NBCU’s upcoming direct-to-consumer offering Peacock. In September, Netflix signed a pricey deal with Sony Pictures TV to pry “Seinfeld” away from Hulu.

“The West Wing” ran on NBC for seven seasons from 1999 to 2006, with over 150 episodes. It starred Martin Sheen as the Democratic president Jed Bartlett, with a cast that included Rob Lowe, Bradley Whitford, Stockard Channing, Allison Janney, Richard Schiff, Dule Hill, Janel Moloney and John Spencer.