Say goodbye to Superman, and hello to Geralt of Rivia.

Netflix shared a first look at Henry Cavill in character for their upcoming series, “The Witcher,” which is beginning production in Hungary.

The picture (seen below) shows the “Batman v. Superman” star in costume as the iconic character, and was shared by the actor on his social media channels Wednesday.

Also Read: 'The Witcher': Netflix Finds Its Yennefer and Ciri

Here’s the official logline for the series: Based on the best-selling fantasy series, “The Witcher” is an epic tale of fate and family. Geralt of Rivia, a solitary monster hunter, struggles to find his place in a world where people often prove more wicked than beasts. But when destiny hurtles him toward a powerful sorceress, and a young princess with a dangerous secret, the three must learn to navigate the increasingly volatile Continent together.

That long lineup joins the previously announced “The Witcher” cast, which includes Cavill as Geralt of Rivia, along with Freya Allan as Ciri, Anya Chalotra as Yennefer, Jodhi May as Calanthe, Björn Hlynur Haraldsson as Eist, Adam Levy as Mousesack, MyAnna Buring as Tissaia, Mimi Ndiweni as Fringilla, Therica Wilson-Read as Sabrina, and Millie Brady as Renfri.

No launch date has been set for the series.

See your first look at Cavill as Geralt of Rivia below. 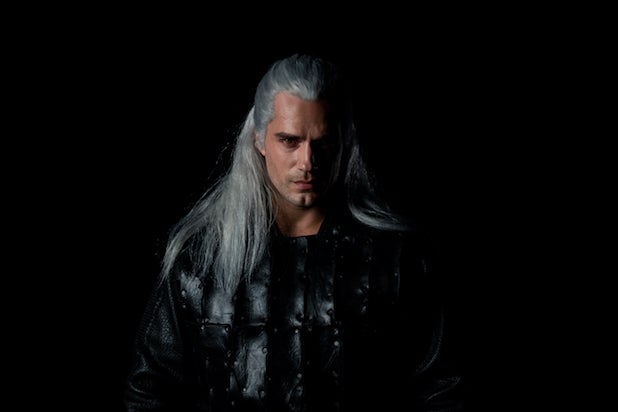 From ”Batman v Superman“ to ”Buffy“ and ”Supergirl,“ here’s what to put on next if you’re still obsessed