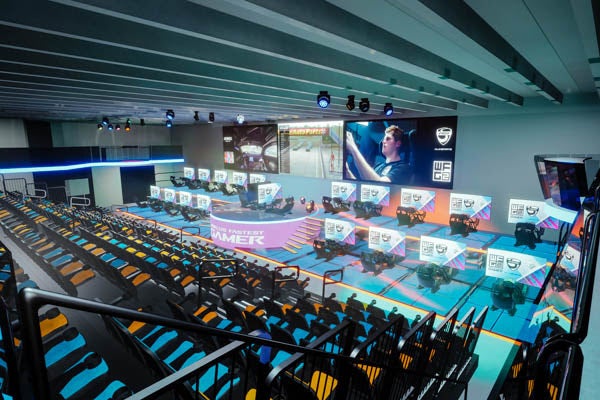 The world’s first dedicated esports racing facility is coming to Miami courtesy of Millennial Esports Corp, and the company says it won’t be the last one. In fact, according to president and CEO Darren Cox, it will be “the first of many locates around the world.”

“These centers will hold major local and international competitions, be used for both amateur and professional driver training and also stage major corporate events,” he said in Thursday’s announcement.

Also Read: Esports Streaming Is Up 41% Over the Last Year

Esports is having a moment: Streaming is up 41% from last year alone and esports streamers like Ninja are bona fide celebrities with hefty online followings.

Millennial Esports is pushing to “professionalize global esports racing competition” with the 12,000 square-foot arena, according to the announcement. It will feature 30 racing simulators that can be raced on individually, linked with other rigs in the building or globally networked. There will also be a full-sized full-motion simulator like the ones used by major professional race teams.

The company has secured $2.8 million in private construction financing to complete the build-out. Millennial Esports has a controlling stake in specialist racing simulator constructor Allinsports and the arena is the continuation of a joint plan launched in August.

“Creating our first arena is an important step in Millennial Esports’ goal of taking esports racing to an entirely new level,” Cox said. “Allinsports already have a driver training simulator facility in Miami, but our new arena will take esports racing to an entirely new level. Esports is the fastest growing sport in the world, but the racing genre of esports is ready to take a massive leap.”