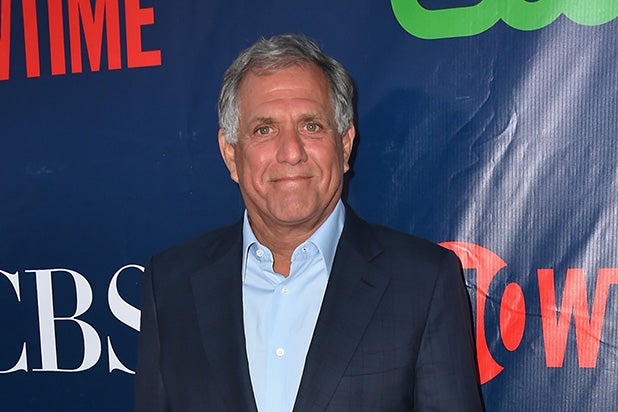 The Milken Global Conference drew luminaries from George W. Bush to Joe Biden to several members of Donald Trump’s cabinet, but Los Angeles is still a company town, and there weren’t many empty seats at a session where Hollywood honchos including CBS Chairman and CEO Les Moonves and Netflix Head of Content Ted Sarandos weighed in on the future of entertainment — a highly consequential topic for the personal finances of many at the Beverly Hills conference.

And of course, a big topic was the status of theatrical windows, which have been under pressure as groups from studio executives to consumers accustomed to binge watching and instant gratification don’t want to wait months to watch a new release at home.

Sarandos said he’d ideally like the streaming service’s original movies — it is planning 50 this year — to premiere the same date they appear on Netflix in theaters.

“I’m not trying to keep anything away from theaters,” he said. “People mostly want to have access to the content when it’s top of mind.”

Moonves said that TV has thrived going straight to consumer and expanding the accessibility of hit shows, and he expects the movie theater

“I think the television learned a lot from the music business which missed the boat initially,” Moonves said. “The theatrical business is going to have to change its model.”

However, United Talent Agency CEO and Founding Partner Jeremy Zimmer mentioned one unnamed client to whom going direct to Netflix is a tough sell, having grown up going to the theater and wanting that same experience for his own creations. But he gave Sarandos one suggestion to get what he wants.

“If Ted wanted to have it his way, he could,” Zimmer said. “He could use petty cash and buy Regal Cinemas.”

“That’s an acquisition we don’t want to do,” Sarandos replied.

Moderator and CNBC Senior Correspondent Julia Boorstin asked Fox Networks Group Chairman and CEO Peter Rice to confirm the media giant’s reported interest in Tribune Media — which he did — and for the logic behind the deal that could give Fox an additional 42 broadcast stations.

“I think it’s about controlling distribution,” Rice said. “We’re very vested in the broadcast business, we think it’s a wonderful business. With the new UHF discount [which allows broadcast station owners to reach a higher share of the total audience than they were previously permitted to], we have the opportunity to control the distribution.”

“Controlling your own stations — it’s an interrelated business,” Moonves added. “The more you can make them work together, the more money you can make.”

While on the subject of potential mergers and acquisitions, Moonves denied any interest in CBS reuniting with Viacom, which it was spun off from in 2005.

“That’s past,” Moonves said. “We’re looking forward, not backward. You can’t live without CBS just the way we are right now.”

Another big topic in entertainment is the growth of over-the-top streaming services, as content creators continue to look for ways to go direct-to-consumer as the traditional cable bundle continues to lose subscribers in a paradigm shift for television.

“We think it’s the wave of the future,” Moonves said, referring to CBS’ internet TV products, including its CBS All Access streaming service. “You have to be everywhere.”

“Not until Ted gives out subscriber numbers,” Moonves ribbed, mentioning Netflix’s history of providing nothing resembling viewership numbers or ratings — although it does share the size of its subscriber base, which recently topped 100 million. Sarandos said that growth has come at the same time other streaming services have flourished, which he said proves streaming isn’t a zero-sum game.

“If I would have told you 10 years ago that we would get to 100 million subscribers and HBO was going to grow, you would have said I’m insane,” Sarandos said. “I look at it as the growth of internet television raises all boats.”

Moonves also addressed the recent negotiations between Hollywood producers and the Writers Guild, in which a strike was averted with an eleventh-hour (really twelfth-hour) deadline deal.

“The span issues were absolutely valid,” he said, mentioning the struggle of writers given the growth of short-form series. “The health and pension were valid issues.”

The panelists also looked well beyond Tinseltown, to emerging international markets where many of thieir companies — Netflix in particular — have found plenty of opportunity. Netflix is currently available in more than 190 countries and is getting the majority of its new subscribers from international territories — and is now even exporting foreign-born shows to its American viewers.

“There are a lot of examples of American shows that travel around the world, but we produced a Portuguese-language Brazilian show that traveled around the world,” Sarandos said, referencing Netflix’s “3%,” which he said would count as a big cable hit given its U.S. viewership numbers — which are naturally, not public.

Chief among those international territories is China, the world’s second-largest movie market and the source of a significant amount of capital that has flowed toward Hollywood over the last couple years — until regulations were tightened in late 2016. The execs said that while China’s appetite for Hollywood films remains robust — Universal’s “Fate of the Furious” has already grossed $319 million at the country’s box office — China hasn’t yet acquired a taste for American television.

“The only one that’s doing well is ‘The Big Bang Theory,’ but we haven’t been paid anything for it,” Moonves said.

Boorstin closed by mentioning the fact that two companies represented on the panel, Netflix and Fox, are suing each other over employee contracts. Netflix’s content chief responded with a barb targeted at Fox News’ current employee exodus and parade of sexual harassment lawsuits.

“I wouldn’t have guessed a few months ago that we’d be the least interesting [Fox] labor story,” Sarandos said.