As part of TheWrap’s annual business conference TheGrill, software company Gracenote held a morning presentation of its new software designed to help studios keep up with their growing production slates as they answer the demand for more movies and TV shows in the streaming era.

Filiz Bahmanpour, VP of product for Gracenote, pointed to a 96% increase in original titles produced for the top six streaming services — Netflix, Hulu, Amazon, Apple TV+, HBO Max and Disney+ — from 2019 to 2022. At the same time, studio layoffs caused by mergers and the COVID-19 pandemic have made it more difficult for production staff to maintain internal workflow of active shoots.

“Hollywood is investing billions of dollars to draw in new subscribers and keep them on their platforms. With so many productions going on simultaneously, internal departments who contribute to content creation are working harder, often using siloed, legacy processes to move from script to deals through production,” said Bahmanpour. 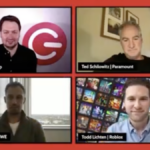 “With more competition than ever to bring both commercially and critically successful content to the global market, content creators have a real need for modern, integrated solutions to help optimize the way it works,” she said.

Watch video from Gracenote’s presentation above.

About TheGrill
For over a decade, WrapPRO’s Grill event series has led the conversation on the convergence between entertainment, media and technology, bringing together newsmakers to debate the challenges and opportunities facing content in the digital age. Tailored to a C-suite and innovative, forward thinking attendees, the event delivers a unique series of curated discussions, industry panels and virtual networking activations that explore the ever-changing media landscape. For more information about TheGrill visit thegrill.thewrap.com 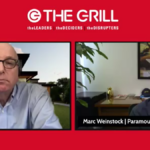