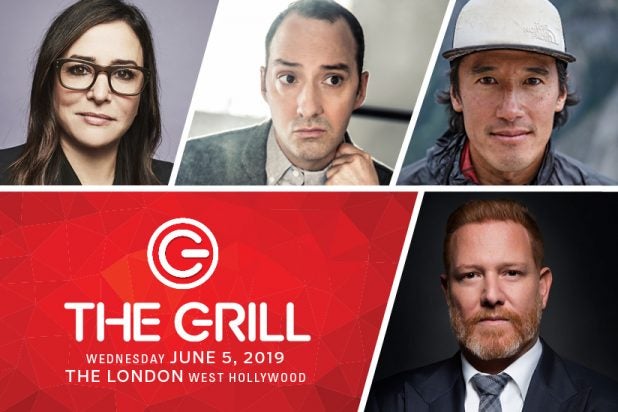 TheGrill, TheWrap’s annual conference showcasing Hollywood and Silicon Valley’s top talent and innovators, kicks off on Wednesday at The London in West Hollywood. The conference moves to a new date and a new format with one jam-packed day of conversations and panel discussions about the convergence of Hollywood and tech.

The conference kicks off with a spotlight conversation between TheWrap’s CEO Sharon Waxman and Ryan Kavanaugh, who will discuss his newly launched venture, Proxima Media. The former head of Relativity Media recently announced Proxima was taking a stake in a Hong Kong-based studio with $250 million in funding to make movies for the U.S. He also announced plans for a new crypto-based financing tool to fund film, TV and music with a $100 million investment from Central Wealth Group of Hong Kong and Step Ventures.

This year’s edition of TheGrill also features a Spotlight on Comedy headlined by “Veep” star Tony Hale and “Better Things” star and creator Pamela Adlon. They’ll discuss their hit TV shows, with “Veep” having just ended its final season and “Better Things” continuing to woo critics as the FX show finished its third season. Further, “Barry” breakout actor Anthony Carrigan will also be featured among the annual Innovator’s Panel that will close the day’s proceedings.

The conference will also include a conversation on mergers and acquisitions with Hello Sunshine CEO Sarah Harden, Whisper Advisors co-founder and partner Jason Rapp and Lionsgate Vice Chairman Michael Burns.

Next up are two separate breakout sessions, one titled “Daring Nature: Documenting Extremes Presented by National Geographic” that’s headlined by the Oscar-winning director of last year’s “Free Solo,” Jimmy Chin. “Sorry to Bother You” producer Nina Yang Bongiovi will lead a producers roundtable along with Howard Owens, founder and co-CEO of Propagate Content.

Other panel discussions and speakers include “Streaming Steps Up” as presented by TubiTV, “Diversity Strong: Tearing Down Bias, Building Inclusivity” as presented by Lifetime, and a Silicon Beach roundtable discussing the challenges and opportunities facing a growing sector of the tech sphere.

Also Read: John Singleton on Why He Never Wanted to 'Do Violence Just for the Sake of Violence' in His Films (Exclusive Video)

TheGrill 2019 will close with the unveiling of TheWrap’s Innovator’s List and a cocktail party.

For more information about TheGrill and a look at the full agenda, visit TheGrill’s website here.