Ryan Kavanaugh, the independent producer and financier, joins TheGrill on Wednesday June 5 for a spotlight interview at The London West Hollywood.

The founder of the indie studio Relativity Media, Kavanaugh has now launched Proxima Media with new funding, new partners and a new approach to making movies — including the use of his own Bitcoin-like cryptocurrency.

In just the past two weeks, Kavanaugh has announced taking a stake in a Hong Kong-based studio where he has raised $250 million to make movies for the U.S. market. He also announced plans for a new crypto-based financing tool to fund film, TV and music with a $100 million investment from Central Wealth Group of Hong Kong and Step Ventures.

Kavanaugh will be at TheGrill to talk about his new approach to international markets, cryptocurrency and why he is returning to an industry he once vowed to leave behind.

Now in its 10th year, the digital-first news site TheWrap is bringing a new approach to its most prestigious conference, offering three tracks concentrating on technology, innovation and entertainment. Top-tier executives and award-winning journalists will lead deep conversations about the change that is transforming the entertainment and media industries.

Ryan Kavanaugh, CEO of Proxima Media, has produced, distributed and/or structured financing for more than 200 films, generating more than $17 billion in worldwide box office revenue and earning 60 Oscar nominations, making him the 25th highest grossing film producer of all time. Kavanaugh created and implemented the structure and financing of Marvel leading to Marvel becoming a studio and the Marvel Cinematic Universe.

Kavanaugh helped create the SVOD window through a first of its kind deal with Netflix and launched Skyland Entertainment, the first and only U.S. company granted a government-issued distribution license to distribute films in China. Kavanaugh was co-founder of Precash/Noventus, which sold this year for roughly $400 million and was a seed investor in ZetaRx, renamed Juno, the largest biotech IPO of 2014. 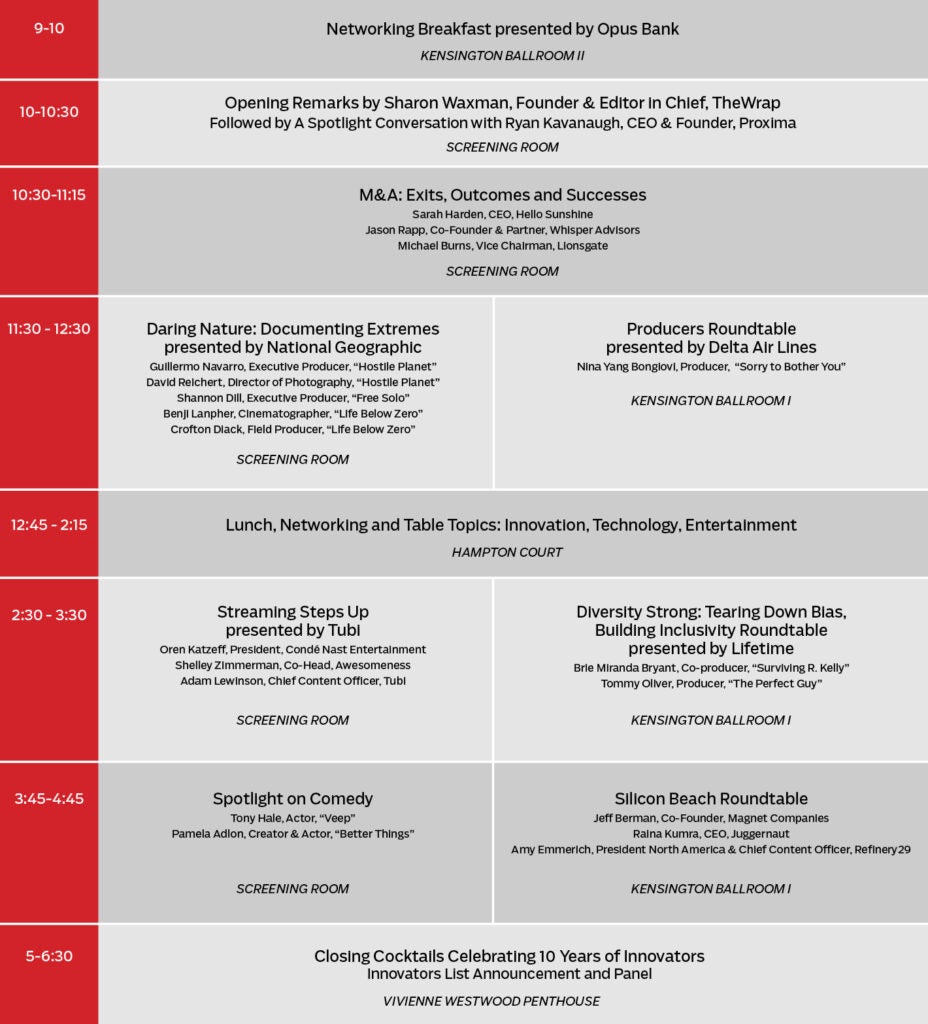 Be sure to visit TheGrill website to stay up to date with the latest announcements and speakers. For tickets to the event, click here.