Hale is an Emmy-winning star of HBO’s hit political comedy “Veep,” delighting audiences with his portrayal of presidential aide Gary Walsh. Adlon created and stars in FX’s “Better Things,” a semi-autobiographical series about a single mother and working actor trying to raise her three daughters in Los Angeles.

Now in its 10th year, the digital-first news site TheWrap is bringing a new approach to its most prestigious conference, offering three tracks concentrating on technology, innovation and entertainment. Top-tier executives and award-winning journalists will lead deep conversations about the change that is transforming the entertainment and media industries. 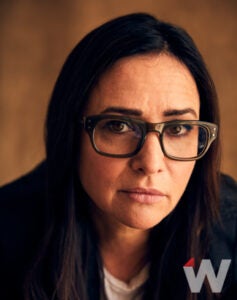 Pamela Adlon is an Emmy-winning multi-hyphenate with one of the most distinct and celebrated voices across today’s comedy landscape. Currently, Adlon is the writer, producer, director and star of the award-winning FX comedy series “Better Things,” which had its groundbreaking third season air this spring.

Currently, Adlon is working on the semi-autobiographical series’ fourth season, which will air on FX in 2020. “Better Things” has received multiple awards and nominations, including a 2016 Peabody Award, a 2018 Emmy nomination for Outstanding Lead Actress in a Comedy Series and the 2018 Golden Globe for Best Performance by an Actress in a Television Series – Musical or Comedy. Additionally, the show was named one of the Best Television Shows of 2017 by The New York Times as well as TV Show of the Year by TIME. 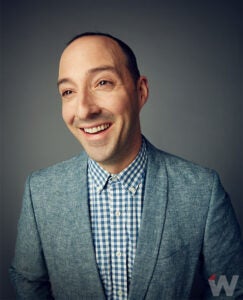 Hale won two Emmys for Outstanding Supporting Actor in a Comedy Series for Veep in 2013 and 2015 and was nominated in the same category in 2014, 2016 and 2017. Veep has racked up a total 177 nominations at 62 wins during the course of the show and the seventh and final season premiered wrapped earlier this month.

Hale has appeared in a wide variety of critically acclaimed television programs and films throughout his career. Prior to Veep, he co-starred as the socially awkward Buster Bluth in the ground-breaking, Emmy Award-winning comedy series Arrested Development, which aired on Fox from 2003 to 2006 and was later picked up for additional seasons on Netflix in 2013. The second half of season 5 premiered on March 15 of this year.

Have a speaker you would like to suggest? Email TheWrap at eventmarketing@thewrap.com with a short bio and headshot.