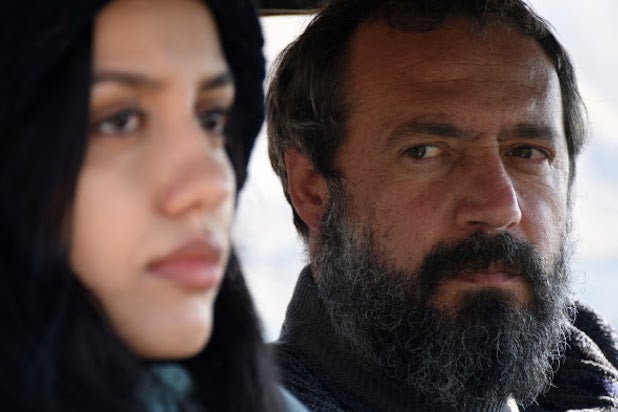 Kino Lorber has acquired the U.S. rights to “There Is No Evil,” an Iranian film that won the Berlinale Golden Bear earlier this year, the art house distributor announced Friday.

The critically-acclaimed film from director Mohammad Rasoulof won the top prize at the Berlin Film Festival from a jury that included actor Jeremy Irons, filmmaker Kenneth Lonergan and actress Bérénice Bejo. Kino Lorber is planning a rollout in theaters and on VOD this fall.

“There Is No Evil” is about executioners who enforce the death penalty in the Islamic Republic. His story was banned from the Iranian government and prevented the director Rasoulof from attending the festival. Like his peer from Iran, Jafar Panahi, Rasoulof has been sentenced to jail in the past and Iranian authorities have tried to enforce a 20-year ban to keep him from making movies. This is his sixth feature film, none of which have screened in Iran.

“There is No Evil” is an anthology feature comprised of four stories of men who are each put in front of an unthinkable but simple choice — to follow orders to enforce the death penalty upon others, or not. Whatever they decide, it will directly or indirectly corrode themselves, their relationships, and their entire lives. The humanistic stories offer insight into crucial themes of moral strength and the harshness of the death penalty under an oppressive regime.

“I am very happy that Kino Lorber is once again distributing one of my films in the U.S. With their selection of titles they demonstrate that cinema can be entertaining and thought-provoking at the same time, confronting the audience with questions of choice and morality,” Rasoulof said in a statement.

Kino Lorber has a history of distributing previous winners of the Golden Bear, including last year’s “Synonyms” from Nadav Lapid, Adina Pintilie’s “Touch Me Not” in 2018, Gianfranco Rosi’s “Fire at Sea” in 2016, and Jafar Panahi’s “Taxi” in 2015. Rasoulof’s slow-burning thriller from 2013, “Manuscripts Don’t Burn,” was also released theatrically by Kino Lorber and draws from the true story of the government’s attempted 1995 murder of several prominent writers and intellectuals.

Also Read: How to Stream 'Bacurau,' 'Corpus Christi' and Other Indie Films Through Your Local Art House Theater

The deal for “There Is No Evil” was negotiated by Kino Lorber senior vice president Wendy Lidell and Film Boutique’s head of sales Julien Razafindranaly.

“About halfway through watching ‘There is No Evil,’ I knew it was destined to win Berlin’s Golden Bear. Told with great insight and compassion, this story of personal soul-searching is both uniquely Iranian and superbly universal.  We believe it will resonate deeply with Americans during these extraordinary times,” Lidell said in a statement.

“We are really glad that ‘There is No Evil’ has been so well-received since its premiere at the Berlinale and today it is with the same level of happiness that we team up again with Richard, Wendy and the whole team at Kino Lorber in order to bring this year’s Golden Bear to American audiences very soon,” Razafindranaly said in a statement.