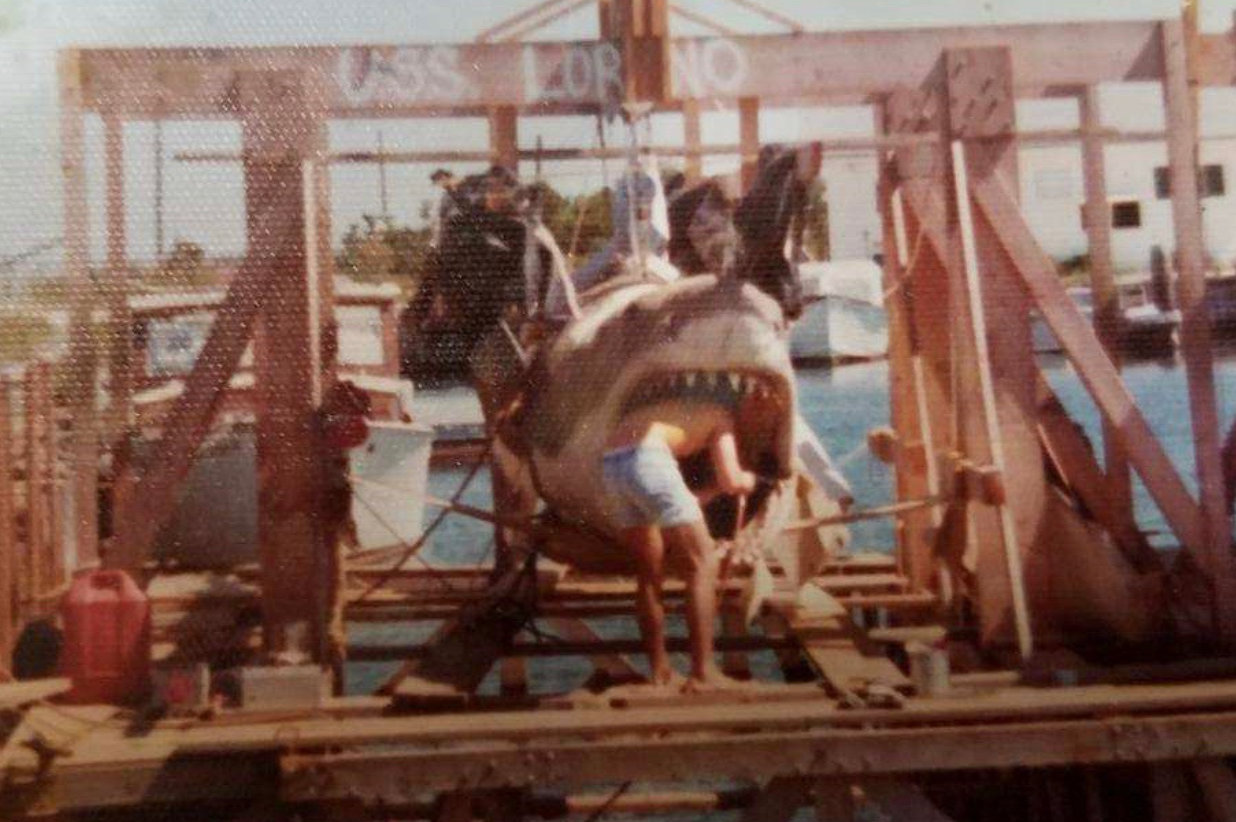 If you love “Jaws” like I do, it’s impossible to visit Martha’s Vineyard without constant reminders that it’s also Amity Island. It’s almost as if John Williams’ iconic score is undulating across the airwaves of the island.

On a visit earlier this month, my wife and I returned from a bike ride to the charming 1874 inn where we stayed: the Attleboro House. We were greeted by its ultra-friendly owner, Billy Reagan, sitting in a porch rocker.

“We just got back from the East Chop loop,” I said. “We had to make our pilgrimage to the ‘Jaws’ house.”

He knew what I meant. Most locals do: The house where Chief Brody and his family live in Steven Spielberg’s 1975 classic.

My wife chuckled quietly to herself. The cards were now on the table. It was time for me to confess to Billy that, yes, I was a fan — a serious fan with a close group of friends who are also serious fans.

“We refer to ourselves as “finatics,'” I added.

Billy explained that he and his brother were around during the filming in 1974 — and that they had taken some photos. When he invited us inside to see them, I couldn’t have been more delighted.

Billy showed us a photo of the shark (also known as Bruce) hanging out in Oak Bluffs harbor –and a shot of a technician with his head in Bruce’s jaws to boot. This little inlet of water and dunes was nicknamed “Shark City” because this was where the mechanical sharks were kept when they weren’t in front of the camera… or sinking to the bottom of the bay. (Spielberg’s shoot was fraught with technical issues.) Inside Jaws, inside “Shark City.” Courtesy of Billy Reagan, owner of Attleboro House in Martha’s Vineyard.

The photos also captured candid moments when Spielberg talked with the kids during the infamous estuary scene – the one in which a victim (Teddy Grossman) is flipped in his rowboat and chomped while horrified beachgoers and kids on a sailboat look on. In fact, Billy’s brother, Jack Reagan, was an extra in the scene. 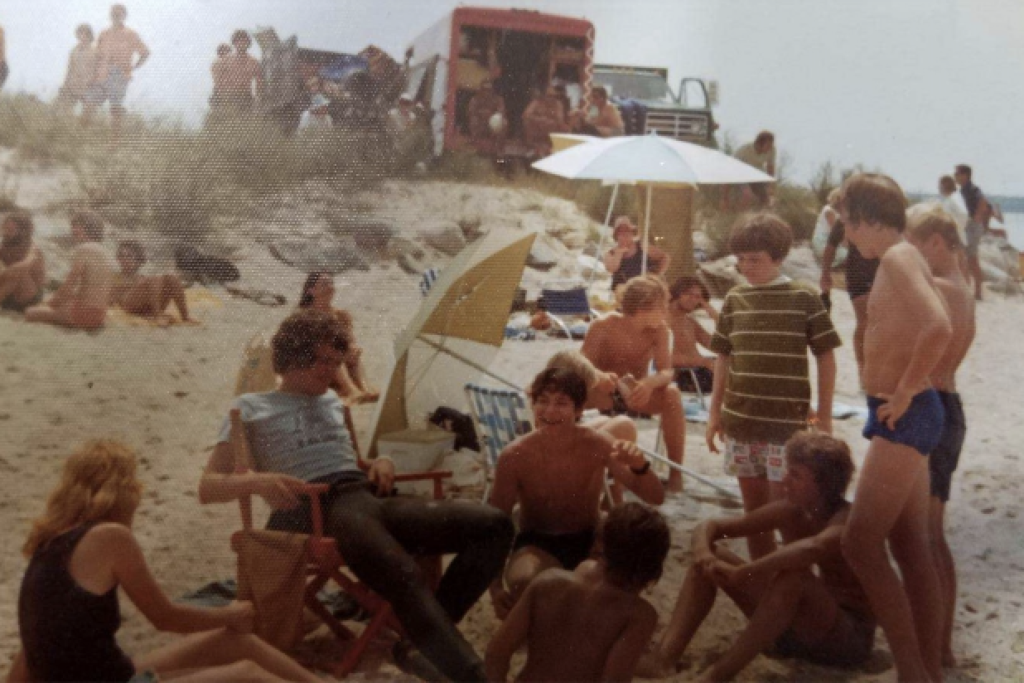 To make matters even more exciting, these photos have never been seen before by the public– even by “finatics.” I spoke with a close friend and ‘Jaws’ historian, Jim Beller, who confirmed for me that the photos included here are all new discoveries.

But thanks to the kindness of Billy and his extended Attleboro House family, I’m able to share them with the world for the first time ever.

So enjoy the photos, friends, and stay out of the water! 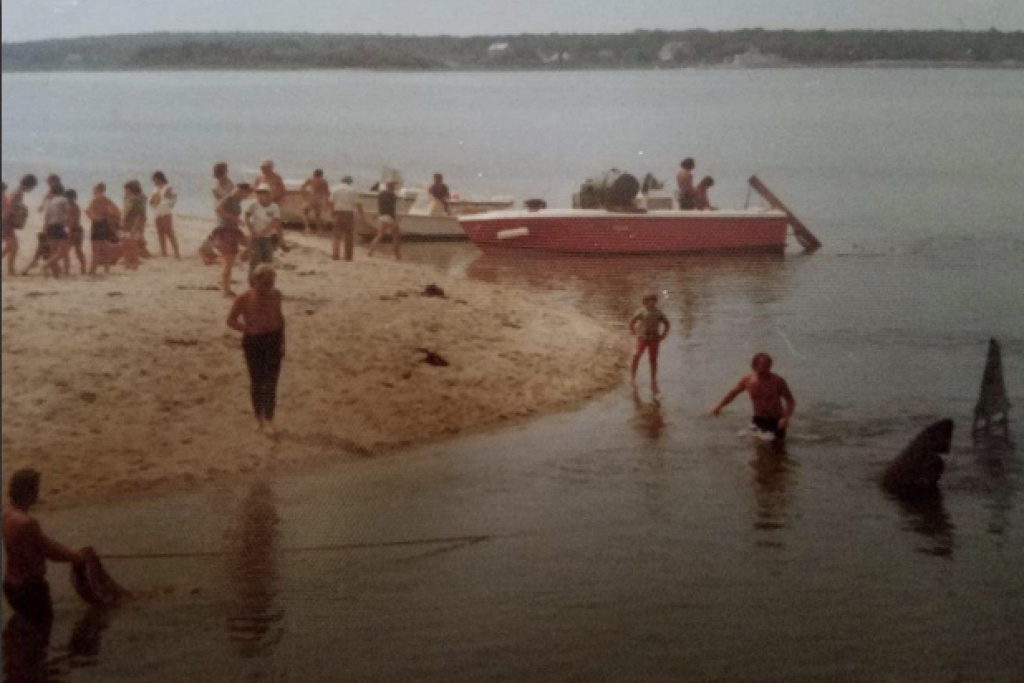 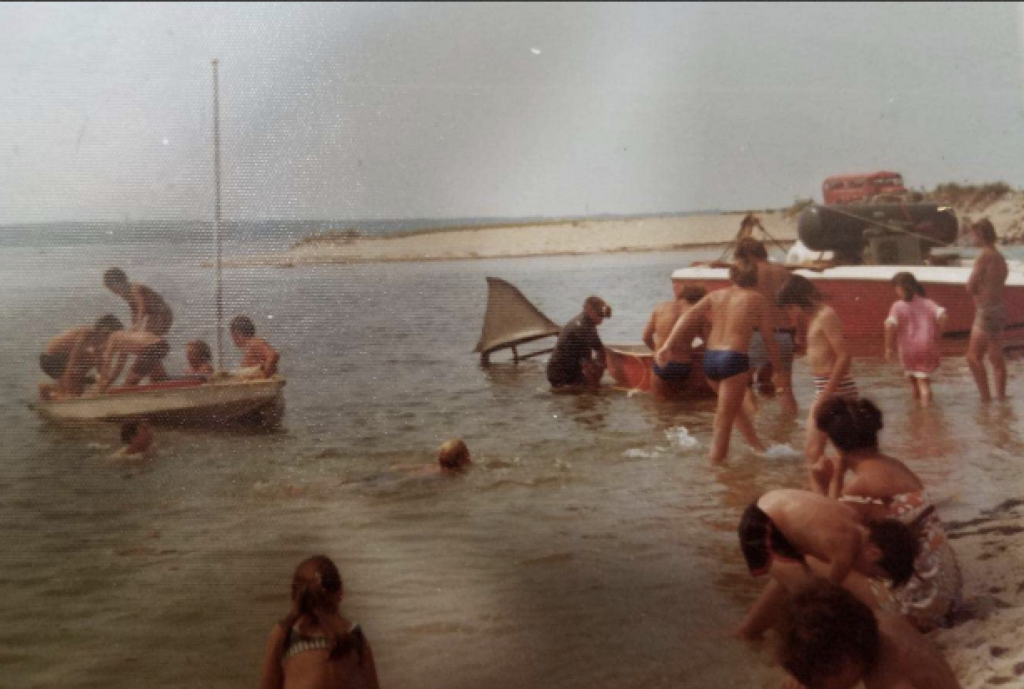 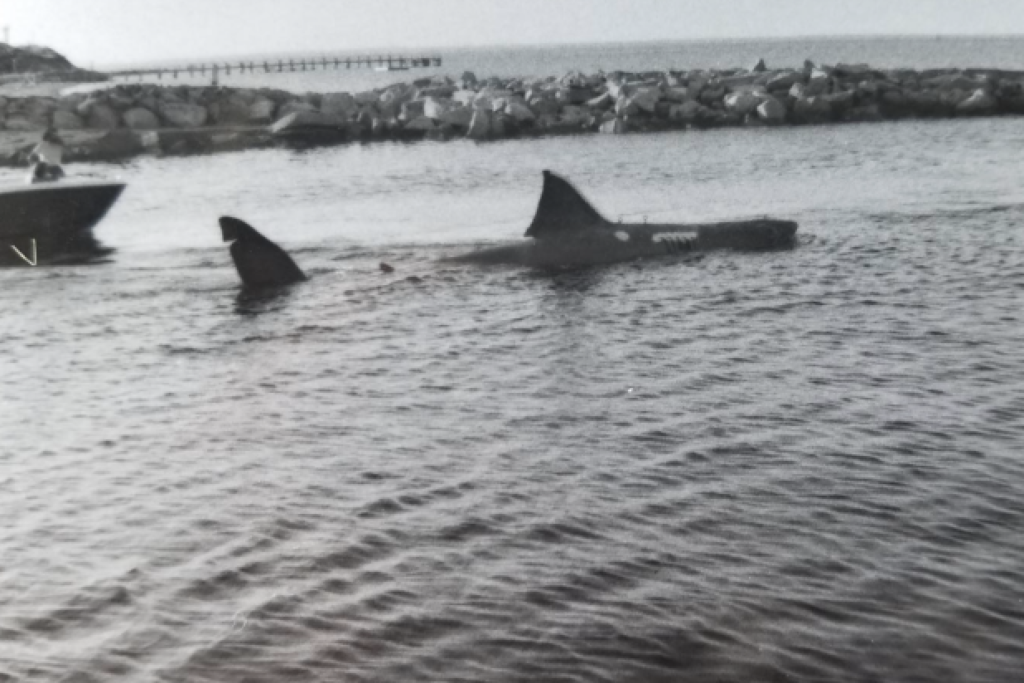 John Campopiano is a filmmaker with a passion for cult and horror films. His documentaries include "Unearthed & Untold: The Path to Pet Sematary" and the new "Pennywise: The Story of IT," which chronicles the legacy of Stephen King's 1990 miniseries, "IT," and the lasting impact Tim Curry's legendary performance of Pennywise the Clown has had on popular culture. John's debut narrative film, a short called "Georgia" premiered via Fangoria, and he is slowly working on a book called "Creatures for Kids" with co-author, Matt Spry. It examines 30 years of spooky and creepy films made for children.  Since 2014 he's served as the Archives and Rights Manager for the PBS documentary television series, "Frontline."