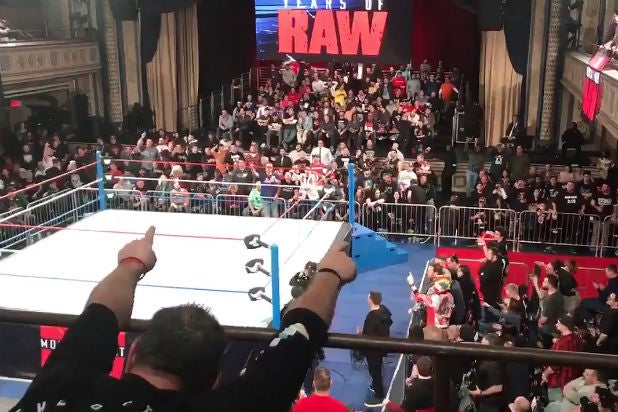 WWE’s “Raw 25” event was supposed to be so big it needed two venues to properly contain all the action, and fans were divvied up between Brooklyn’s Barclays Center and the Manhattan Center. But while Barclays’ attendees were treated in-person to some of the night’s biggest matches, the Manhattan Center fans apparently watched most of those matches on a big screen and were not happy about it.

Manhattan Center fans also saw a few speeches and then, a match that lasted less than two minutes, after which the crowd got hilariously angry, with choruses of “BULLS—” and “REFUND” overpowering the loudspeaker chatter.

Granted, wrestling fans are a salty lot, and according to Pro Wrestling Sheet, they cooled off a bit later on. Still, next time, maybe just book a single large venue, hmmm WWE?

Watch video of the moment, taken via cell phone, below:

Let's Just Say The Manhattan Center Is Not A Happy Crowd