TheWrap, the leading digital news source for entertainment and media, has expanded its live events division and digital strategy, bringing on senior leadership to drive growth in both key areas.

Nina Rohde Brown joins TheWrap as vice president of marketing and events after more than 20 years of events experience as a manager, strategist and business leader.

Digital veteran Glenn Walker joins TheWrap as head of digital strategy, focusing on expanding the company’s footprint across social and partner channels, as well as helping to develop new products.

“TheWrap is poised for a new phase of growth that is our most exciting yet,” said Sharon Waxman, TheWrap CEO and founder. “The talent and experience of Nina and Glenn bring a new level of leadership to achieve success across our ambitious initiatives.” 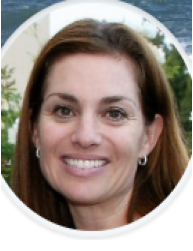 Brown is the former VP of Events at UBM, a global, London-based events company, where she managed 40 major events a year. Previously, she was an adviser at Merrill Lynch, part of a team that had more than $400 million in assets under management. Her background also includes experience in entertainment publicity and production.

“I am thrilled to be joining the talented team at TheWrap,” Brown said. “The level of quality, passion and purpose is immediately recognizable in our growing portfolio of events.”

“TheWrap’s events have been a key part of engaging our influential entertainment audience with insight and community since our founding in 2009, but it now has become its own vibrant brand,” Waxman said. “Nina is exactly the person we wanted to grow the business opportunities across our live events.”

Brown’s brief is to expand the sales, marketing and producing teams, along with the volume and scale of TheWrap’s popular live events.

WrapWomen, TheWrap’s women division, launches its most ambitious event ever in November 2018, a Power Women Summit gathering 1,000 of the most influential women in media and entertainment to network and promote the mission of gender equity. 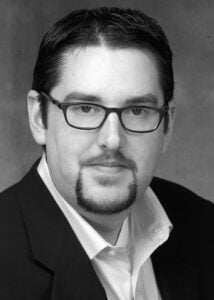 Walker is an entrepreneurial and seasoned business executive with more than 20 years of experience launching start-ups and building new businesses and products within larger media and technology companies.

Over the course of his career, he has worked with top-tier companies such as AT&T, Delta Airlines, Amazon and American Express Asia. He frequently speaks at conferences as an expert in leveraging data to drive user engagement and website traffic.

Walker is also the former chief operating officer of Ranker, a digital polling site for consumers whose monthly traffic grew to more than 50 million during his tenure. Before that, he founded or co-founded three technology start-ups, including West Point Integrated Technologies.

“With its strong brand and deep insider access, The Wrap is well positioned to build on its success and fill the need for a credible digital news platform as well as impactful industry events,” Walker said.

Waxman said: “Glenn has gradually become an increasingly valued member of our team, and we are excited to tap his experience and expertise across all our new initiatives.”

About The Wrap News

The Wrap News Inc. is the leading digital news organization covering the business of entertainment and media. Founded by award-winning journalist Sharon Waxman in 2009, The Wrap News Inc. is comprised of the award-winning, industry-leading website with its high-profile newsbreaks, investigative stories and authoritative analysis; it also includes premium, glossy magazines with stunning original photography and editorial, distributed to entertainment industry professionals; Wrap Events, a series of high profile gatherings of thought leaders including the Power Women breakfast series, Oscar season screening series and TheGrill, an executive leadership conference centered on the convergence of entertainment, media and technology.

The Wrap News, Inc. is backed by Maveron, a venture capital firm based in Seattle, Washington and co-founded by Starbucks CEO Howard Schultz and Dan Levitan.

The site was named the best online news site in both 2009 and 2012 by the same group. TheWrap was named one of the “100 Most Important Online Publishers” in 2010 by OMMA, the magazine of online media, marketing and advertising.