TheWrap founder and Editor in Chief Sharon Waxman received multiple nominations, including for Online Journalist of the Year and two nominations for her WaxWord column “The Decade When Hollywood Cracked Open -In Praise of the 2010s,” in the entertainment blog and diversity/gender commentary categories.

She shared two nominations with Film Editor Beatrice Verhoeven — one in the Film Business category for the exclusive “Warner Bros Debates Whether ‘Wonder Woman 1984’ Should Skip Theaters for Streaming,” and another in the Music/Theater/Performing Arts Business category for “Paradigm Revolt: CEO Sam Gores Backs Down After Music Agents Object to 50% Pay Cut.”

Verhoeven also earned a nomination for her TV feature “How Hollywood Actors Are Weathering the Pandemic: No Auditions, No Side Jobs, a Lot of Hustle.”

Waxman teamed with reporter Trey Williams for another nomination in online hard news for the exclusive “Indie STX Entertainment Seeks Cash or a Buyer After String of Box Office Flops.”

Williams earned three additional nominations, including one for his entertainment industry business story “Inside Endeavor’s Dire, Debt-Filled Fall From Hollywood’s Heights” and another in the gender/diversity commentary category for his personal essay “Why #BlackLivesMatter Matters: Because of How Little Has Changed for People Like Me.”

“TheWrap-Up” podcast, hosted by Waxman and Assistant Managing Editor Daniel Goldblatt, earned two nominations, one for one-on-one TV interviews for “Can (and Should) Police Shows Remain the Same Amid Current Events?” and another for hard news (along with Trey Williams) for “The Complexities Black Journalists Face This Week Covering Protests.”

Awards Editor Steve Pond earned two nods, one for his film feature “How ‘Parasite’ Director Bong Joon Ho Created the Year’s Most Dangerously Charming Film,” and another for “Little Richard Appreciation: He Summed Up Rock ‘n’ Roll in a Phrase.” 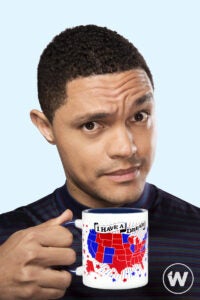 Creative director Ada Guerin and her team picked up two nominations. She shared one with the photographer duo HollenderX2 for the animation/moving graphic of “Daily Show” host Trevor Noah, and another with Ryan Ward and photographer Irvin Rivera for the cover art for the “The Race Begins” issue of TheWrap Oscar magazine with director Bong Joon Ho.

Columnists Mary Murphy and Michele Willens picked up two nominations, for their film commentary “‘Clemency,’ ‘Just Mercy’ Shed Light on Prisoners’ Plights” and for the arts commentary piece “Will the Troubadour, Site of So Many ClassicMusic Moments, Survive the Pandemic?”

The awards, recognizing work published between July 1, 2019 and June 30, 2020, will be presented at a ceremony in the spring of 2021 at the Biltmore Hotel in downtown Los Angeles.