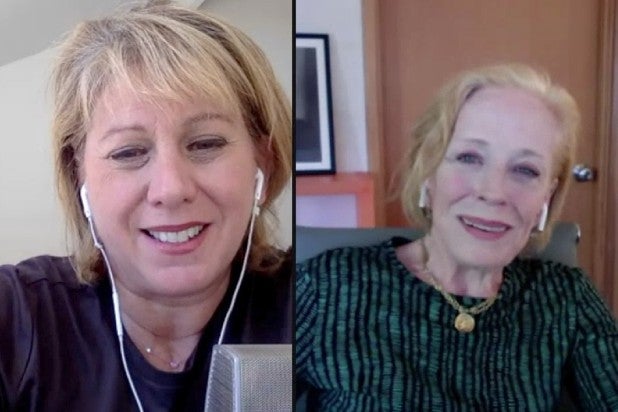 This week on “TheWrap-Up,” hosts Sharon Waxman and Daniel Goldblatt discuss whether or not Ben Smith’s critique of Ronan Farrow was fair, Lori Loughlin’s guilty plea in the college entrance scandal and the latest round of layoffs to hit the media business.

Then we tackle the subject of how insurance will factor into Hollywood’s plan to resume production before we nerd out over the upcoming release of the infamous “Snyder cut” of Zack Snyder’s 2017 film “Justice League.”

Finally, we save the best for last — the legendary Holland Taylor joins us to talk about her role in the new Netflix series “Hollywood.” Taylor talks about how she never thought she’d get to appear in a Ryan Murphy series and what she thinks about some of the criticism the show has received.