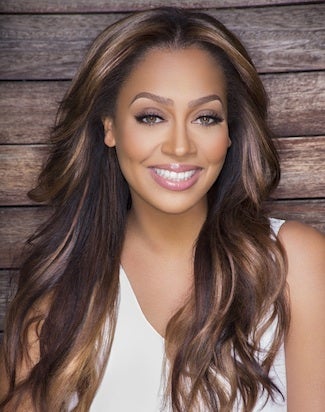 Starz is continuing to ramp up the players on its upcoming series from executive producer Curtis “50 Cent” Jackson with the casting of La La Anthony.

Anthony will be a recurring guest star on the upcoming drama, a network representative told TheWrap.

She’ll play LaKeisha Grant, a childhood friend to Tasha St. Patrick (Naturi Naughton). LaKeisha is also her closest confidante but is kept in the dark on certain aspects of Tasha’s life out of necessity.

Currently represented by Untitled Entertainment, APA and Rosenfeld Meyer, Anthony began her entertainment career as an MTV VJ and one of the hosts of “Total Request Live” from 1998-2002.

After a stint on several reality series, she began acting in films in the early-2000s. Her credits include “Think Like a Man” and its upcoming sequel and “Baggage Claim.” Her TV credits include NBC”s “Law & Order: Special Victims Unit,” VH1’s “Single Ladies” and CBS’s “CSI: NY.”