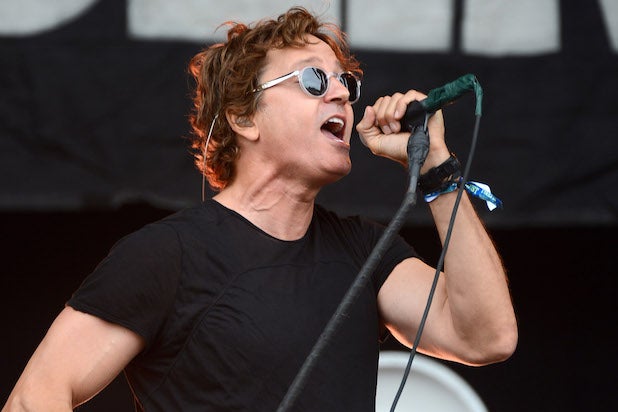 Rock band Third Eye Blind angered some Republicans at a charity concert during the GOP convention in Cleveland Tuesday night.

In between performances, the band would taunt the party’s stance on LGBT rights all while playing songs with which those in attendance were not familiar, Yahoo News reported.

And the band didn’t seem to care.

Also Read: Queen Blasts 'Unauthorized' Use of 'We Are the Champions' at GOP Convention

“Good,” was the rock band’s reply.

According to the New York Daily News, Third Eye Blind lead singer Stephan Jenkins prefaced the popular ’90s song “Jumper” with a message about acceptance and tolerance, citing his cousins, who are gay.

“To love this song is to take into your heart the message and to actually, actually have a feeling to arrive and move forward and not live in fear and imposing that fear onto other people,” said Jenkins.

To which the crowd booed.

“You can boo all you want, but I’m the motherf—ing artist up here,” Jenkins said while performing on stage.

When asked if they were at all concerned with hurting charity, the band simply replied: “We were not, as musicians on call were well aware of who we are and our take on things (like science and rights!).”

LOL Third Eye Blind is cool, but the main takeaway is that the #RNCinCLE crowd was literally BOOING the words "tolerance" and "acceptance."

Classless move by @ThirdEyeBlind, turning a philanthropy event at #RNCinCLE into a narcissistic display. https://t.co/ZOyzhuJ6kR

Not sure what it feels like to win an Olympic medal, but the euphoria I feel typing the phrase "Third Eye Blind is trending" must be similar

Third Eye Blind played the RNC. Performed none of their hits and insulted everyone there? If true I'm listening to them all day tomorrow lol

Epic @ThirdEyeBlind troll of RNC event. Played none of the hits, bashed GOP platform, asked "Who here believes in science?" So much booing.