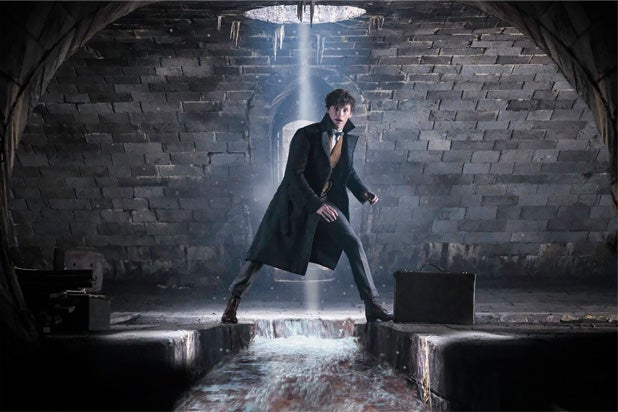 Production on the new film starring Eddie Redmayne as the wizard Newt Scamander is expected to begin in spring 2020.

The previous film in the franchise, “Fantastic Beasts: The Crimes of Grindelwald,” opened in November 2018 and made $653 million worldwide.

Also Read: Eddie Redmayne's Favorite Beast in 'Fantastic Beasts' Is Probably Yours Too

“J.K. Rowling created an awe-inspiring universe that has captivated people of all ages, taking us on an extraordinary magical journey,” Ron Sanders, president of Worldwide Theatrical Distribution and Home Entertainment of Warner Bros., said in the announcement. “Warner Bros. is so proud to be the cinematic home of the Wizarding World and is excited about the future of the ‘Fantastic Beasts’ franchise.  We look forward to bringing the third chapter of the five-film series to audiences around the globe in November 2021.”

“We are incredibly excited about and have confidence in the ‘Fantastic Beasts’ series,” Toby Emmerich, chairman of Warner Bros. Pictures Group said in a statement. “We all believe this release date will give the filmmakers time and space to allow their artistry to truly flourish and deliver the best possible film to our fans.”

There will be five films in the “Fantastic Beasts” franchise, all of them written by Harry Potter author J.K. Rowling and directed by David Yates, who directed the majority of the original Harry Potter franchise of films.

“Fantastic Beasts” stars Redmayne as Newt Scamander, a magical zoologist who is enlisted by Albus Dumbledore to track down and defeat Gellert Grindelwald, a wizard who plans to raise an army of pure-blood wizards and seize the world from non-magical folks, a.k.a Muggles.