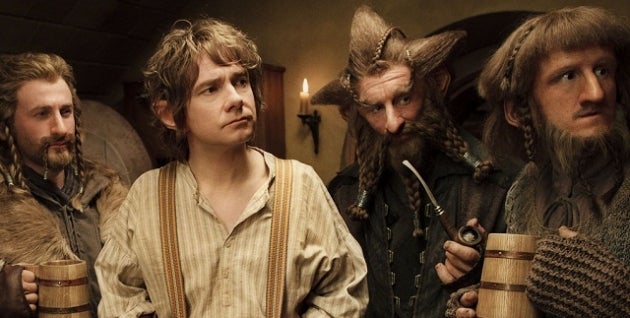 Warner Bros. has pushed back the release of “The Hobbit: There and Back Again,” the third and final film in Peter Jackson’s adaptations of J.R.R Tolkien’s novel. Initially slated for July 18, 2014, it will now open Dec. 17 of that year.The first film, which opened this past December, is nearing $1 billion at the global box office. The second will open Dec. 13 of this year.

The new date for the third installment continues the recent crowding of the December 2014 calendar. Sony just announced it would open its film version of “Annie” on Christmas Day of 2014 while Disney recently said “Tomorrowland,” its secret project from “The Incredibles” director Brad Bird, would open Dec. 19.

“Minions,” Universal’s “Despicable Me” spinoff, will also open Dec 19 while Fox’s “Night at the Museum 3” has also claimed Christmas Day.

Nine films opened nationwide between Dec. 14 and Dec. 25 in 2012. Outside of “The Hobbit,” “Les Miserables” and “Django Unchained” performed the best, each surpassing $375 million worldwide.

The big question mark for December of 2014 is the second “Avatar” film. It has yet to be assigned a specific date. The first “Avatar” film remains the highest-grossing film of all-time.