The seven original main cast members of “This Is Us” have received $2 million cash bonuses ahead of the NBC drama’s sixth and final season, TheWrap has learned.

Meanwhile, series regular Jon Huertas (who plays Miguel, Jack Pearson’s best friend and Rebecca Pearson’s now-husband) has been given a $1 million bonus, despite his fellow cast members and creator Dan Fogelman’s efforts to get studio 20th Television to agree to parity in the final-season bonuses given to all the stars. 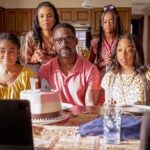 Also Read:
‘This Is Us’ Final Season First Look: It’s the Beginning of the Pearsons’ End (Photos)

NBC, 20th Television and a representative for Huertas did not immediately respond to TheWrap’s request for comment Wednesday.

Last week, the first look at the final season was released, with a handful of pictures teasing what’s to come for the Pearsons before we say goodbye. Readers can find those photos here. 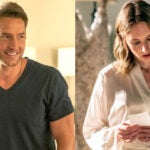 Fogelman, who over the years has repeatedly said he had a six-season plan for “This Is Us,” has been hinting at what the end looks like since it was first announced Season 6 would truly be its last.

“The show has always been challenging with the plays in time, and we always knew that Season 6 would be epic in terms of the way it jumps time, and even more ambitious than other seasons,” Fogelman told TheWrap and other outlets during a conference-call interview about the Season 5 finale in May. “Because our audience has been so devoted and I think because, hopefully, we’ve smartly set up the contained areas where these future timelines live, I think you’re going to have a real sense of resolution and completion for this family. It’s the mixed-up VHS tapes of this family’s existence that will kind of all coalesce to speak to one another in completion.”

Deadline first reported the news of the “This Is Us” cast’s bonuses.