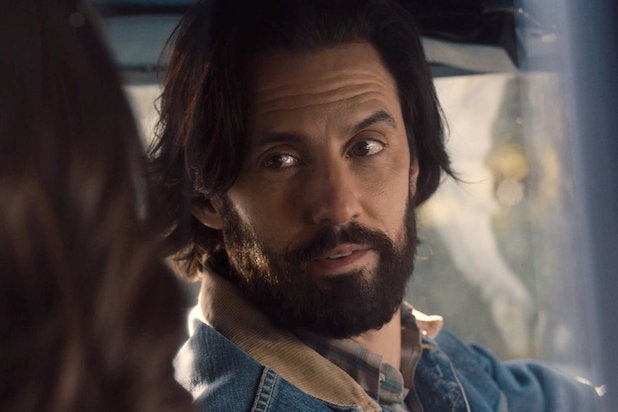 “This Is Us” took fans on several literal journeys with Tuesday’s episode, “The Ride,” which followed Jack (Milo Ventimiglia) and Rebecca (Mandy Moore); Kevin (Justin Hartley) and Madison (Caitlin Thompson); Randall (Sterling K. Brown) and Beth (Susan Kelechi Watson); and Kate (Chrissy Metz) and Toby (Chris Sullivan) as they brought home new babies. With each of these different trips, we learned more about the micro-units of the Pearson clan — and even got a glimpse into their future with yet another cryptic flash-forward.

Here to break down all the twists and turns for TheWrap is Jon Huertas, the director of tonight’s episode, who also plays Miguel on the NBC family drama.

TheWrap: You previously told us that one scene in this episode with Milo Ventimiglia’s Jack and another character made you mist up. Now can you reveal which one it was?

Jon Huertas: The one I was talking about was the one where Kevin finds [Jack] holding the babies during his dream. We rehearsed it for the first time with the two actors and I just, I mean, I lost it. I was very misty and I had to turn to Julia Brownell, the writer, and say, “Are you seeing this? Are you seeing how amazing they are? Why do I get to do this? How come I’m the guy who they picked?” I felt like it’s such an honor to be allowed to work with these two actors that were so good. Also, I have a soft spot for any kind of father-son issues, because of my own personal story and my own personal issues.

But there were other scenes Milo had that were equally good. The scene at the end with Mandy in the car when she says, “We have a family,” and the way that they’re looking at each other, it’s just… as a director I was like, “Oh my God, this is so beautiful.” And as Miguel I was like, “Stop looking at my woman.” (laughs)

Also Read: 'This Is Us': Jon Huertas on Directing 8 Babies and the Jack Scene That Made Him Tear Up

That scene comes after we see both Kevin and Jack, in their respective stories as brand new fathers, struggling. And Jack tells Kevin in the dream sequence to stop worrying about living up to him. How do you think Kevin took that advice coming from his “father,” who we know in reality wasn’t perfect, before he decided to officially propose to Madison?

What we see — and what Kevin finds out himself — is that he’s capable. He ends up seeing that a little bit in Madison. Madison has never been a mother before, but yet she had no stress, for the most part, when dealing with the babies. Kevin falls asleep because of all the stress, and part of his stress was also the journey he had to get to Madison in the episodes prior. So with him, what he saw in Madison was this powerful woman, this perfect mother, this woman who could handle any situation, including the paparazzi situation, that I think will allow him to see in himself that, “I can do this as well, because I have this woman here to help me.” That’s kind of what Jack said. He was talking about himself, but he was also talking about himself being a part of Jack and Rebecca, and that’s why it was so easy for him, because it’s all he ever wanted. But for both him and Rebecca, it’s what they wanted, that family. 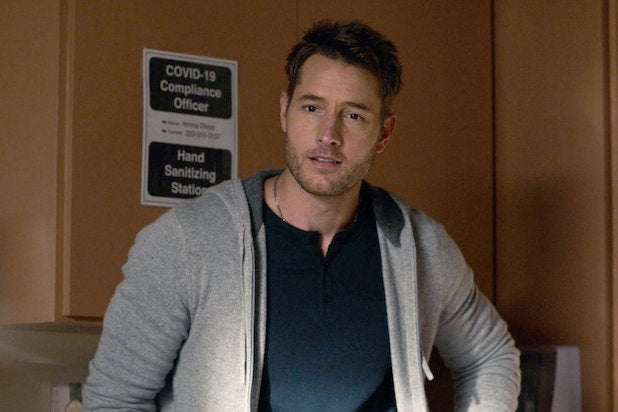 That flash-forward at the end showed the older versions of Randall and Tess (played by Iantha Richardson) that we are familiar with, and introduced us to grown-up, and newly pregnant, Deja (La Trice Harper) and Annie (Iyana Halley). What can you tell us about how that storyline is developing now that the girls have arrived at Uncle Kevin’s house to see elderly Rebecca with the rest of the family? And who is in the car that just pulled up?

I can tell you I know who is in the car and that there is probably more than one person in the car. And people will be surprised with who exactly is in that car. That’s all I can say about that part of the scene. The other part I can say is seeing those three girls at the end from Randall’s point of view, standing beside each other, is that moment for Randall and Randall’s younger self. … As much as that’s a flash-forward to give us a hint about the future, it’s the payoff from that setup at Dairy Queen about Randall wanting that big family, that full family that he remembers growing up with.

When everything was good at the Pearson house before Jack dies, the five of them, the adventures they went on, the Thanksgiving that Randall cherishes so much — all of those moments. He can finally see his life has paid off in that way with these three beautiful women that I think were perfect clones of our younger versions of Annie, Deja and Tess.

Kate and Toby have a journey with a few more downs than ups tonight. Ellie (Annie Funke) decides she does not want to be part of Hailey’s life after giving birth to her and signing the adoption papers for Kate and Toby, and then Toby tells Kate he’s been laid off. But Kate tells Toby nothing can ruin this day for them, even his bad news. Do you think she actually feels that amid all of this bad news?

Her saying that is true. I think for them, the miracle of having another life in their house is something that maybe Kate never imagined could happen based on the diagnosis she got early in her first pregnancy. And now they’ve got an even fuller family. The one thing about the time period that we’re talking about with these two is it’s congruent to present day. So right now, we’re going through this pandemic and lots of people are losing their jobs. And for all of us to be as optimistic as we can when it comes to that type of thing is all we can do to keep our sanity, to keep our hope.

So for her, in that moment, this baby is giving her that kind of hope. Because in her mind before, this maybe would have never been possible, to have any kids in this house. So I think that having that hope for Toby and for her and just knowing that as long as they have their babies and as long as they have each other, everything is going to be OK, it’s a beautiful and nice way to look at obstacles when we’re faced with them. It’s something I think we have to do to give our audience not only twists and turns and emotional ups and down, but also hope when it comes to family. 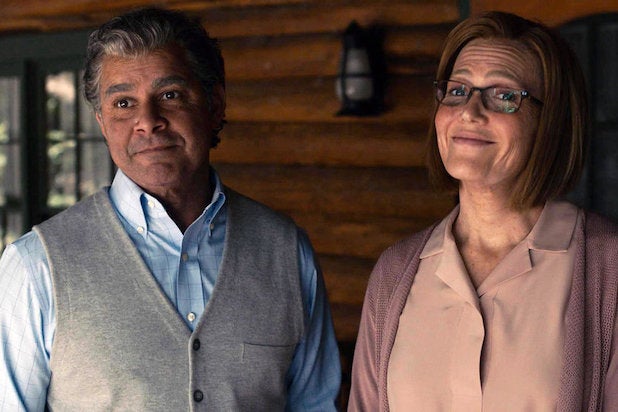 Back to the flash-forward. We still haven’t seen Miguel in that timeline, though we have seen an elderly, bedridden Rebecca and Uncle Nicky at her side — with a wedding ring on. Do you know where Miguel is?

Yes and no. There are literally two answers to that question that I can’t give, that really, the answers are even confusing to me. They don’t tell all of us actors everything. Actors have really big mouths; we’re talking to the press all the time. So I don’t think [series creator] Dan Fogelman and the writers will trust us with all the information.