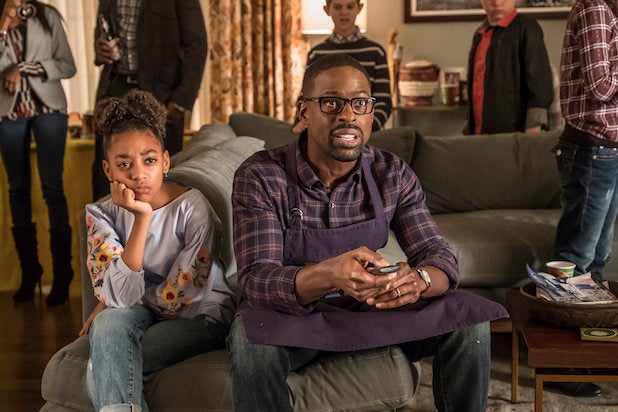 The Pearsons are going abroad!

“This Is Us” is being licensed as a scripted format, with Turkey as the first country picking up their own version of the U.S.’s No. 1 scripted drama. Several format option deals are underway in other major territories, 20th Century Fox Television Distribution announced Thursday.

Fox Networks Group (FNG) ordered a local adaptation for their entertainment channel, FOX, with MEDYAPIM, one of the biggest content producers in Turkey, set to produce the first season, which will be set in Istanbul and cover the NBC drama’s season one storyline.

The Turkey adaptation of the Dan Fogelman-created series is currently in pre-production and slated to premiere in October on the FOX channel. Dorothy Crompton, VP of Format Licensing at Twentieth Century Fox Television Distribution will oversee production and Fox Networks Group Content Distribution has acquired the distribution rights and will sell the country’s local version internationally.

“‘This Is Us’ is a number one show in the U.S. because it combines superb storytelling with compelling family themes and presents them in a truly unique and authentic manner. These themes are universal and ideal for local interpretation,” said Gina Brogi, president of global distribution, Twentieth Century Fox Television Distribution. “We’re excited to be working with FNG in Turkey and MEDYAPIM on this first local adaptation of ‘This Is Us.'”

“This Is Us” premiered on Sept. 20, 2016 and is currently the top-rated show in the U.S. in the advertiser-coveted adults 18-49 demographic. To date, the series has received 19 Emmy Award nominations and two wins thus far.

Also Read: 'This Is Us' Gets to the Chopper: Here's Your First Look at Jack in the Vietnam War (Video)

In case you’ve been living under a rock for two years, here’s the NBC drama’s official description:

“This Is Us” chronicles the Pearson family across the decades: from Jack (Milo Ventimiglia) and Rebecca (Mandy Moore) as young parents in the 1980s to their 37-year-old kids Kevin (Justin Hartley), Kate (Chrissy Metz) and Randall (Sterling K. Brown) searching for love and fulfillment in the present day. This grounded, life-affirming drama reveals how the tiniest events in our lives impact who we become, and how the connections we share with each other can transcend time, distance and even death. From the writer and directors of “Crazy, Stupid, Love comes” a smart, modern show that will welcome you into a family you feel you’ve known for years.