(Warning: This post contains spoilers for Tuesday’s episode of “This Is Us,” titled “The Dinner and the Date.”)

“This Is Us” dove deep into issues of race in a way the NBC family drama never has before with Tuesday’s episode, a story told in three parts: The first about a very insecure ’90s-era Jack (Milo Ventimiglia) inviting young Randall’s (Lonnie Chavis) favorite teacher, who happens to be Black, over to the Pearson home for dinner; the second about teenagers Malik (Asante Blackk) and Deja (Lyric Ross) skipping school to have an adventure in Philadelphia; and the third about Beth (Susan Kelechi Watson) and Randall (Sterling K. Brown) inviting Malik’s parents over for a weeknight meal to discuss their children’s budding romance, which neither couple seems to be on board with, due to the fact Malik has an infant daughter and Deja has a complicated past in the foster system.

By the end of the hour, Jack has made peace with the fact that his son wants to connect with a teacher who can inform him about who he is in a way Jack cannot (though he still very much wants to be a part of his son’s journey in exploring his race), Deja and Malik have definitely fallen in love, and Randall and Beth — after almost coming to blows with Malik’s parents — have decided the young couple may continue to see each other, and so have his parents.

Also Read: 'This Is Us': Milo Ventimiglia on Directing His Co-Stars, Kate's Mysterious Past With Marc

Brown broke down where each of these stories come to an end, for now, with TheWrap in an interview Monday.

First up, Malik and Deja. 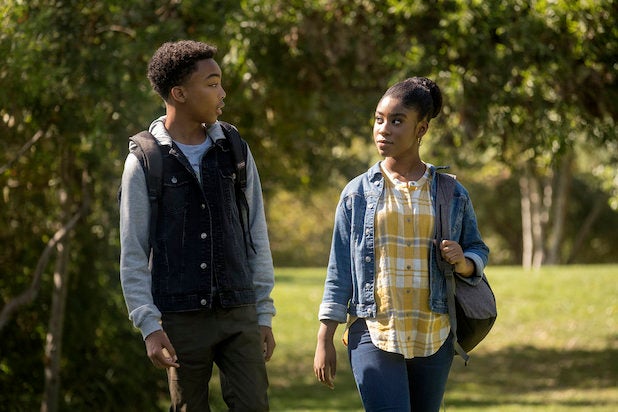 “[Beth and Randall] do allow them to hang out, to spend time,” Brown said. “I think it will become more clear in the next episode what their stipulations and rules are for seeing one another. But they’re allowed to sort of pursue this relationship under a watchful eye.”

Next, Jack’s acceptance of his inability to fully offer Randall the answers to all the questions he has as he starts to grow up, because he is not Black.

“In terms of Jack’s personal relationship with [Randall’s race], I’m sure it’s there,” the Emmy-nominated actor told us. “You know, I think both he and Rebecca (Mandy Moore) are a team that are cognizant of the fact that they can’t give this child everything that he needs by virtue of their whiteness and that they have to actively pursue and cultivate an avenue for him to have access to his community and to his culture. I don’t know all of the specifics at this point in time, but I know that it continues to be an exploration throughout Jack’s life.” 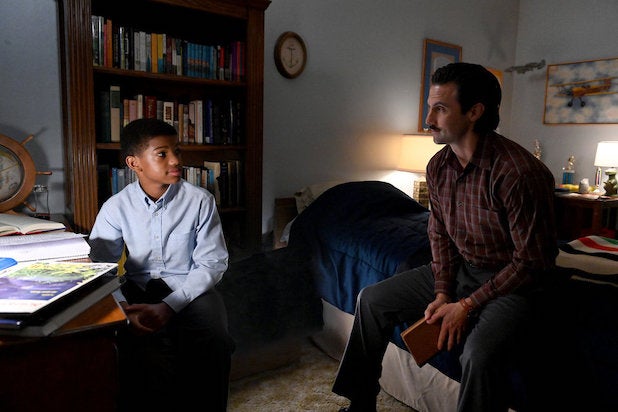 And finally, present-day Randall’s own complicated relationship with both his race and socioeconomic status, which was exacerbated by comments made by Malik’s parents, played by Omar Epps and Marsha Stephanie.

“Oh, Randall is rife with insecurity all the time (laughs),” Brown said. “But he tries his best to put on a good face, you know? One of the reasons why being the councilman is such an important thing to him is because he gets a chance to make a direct contribution to his community in a way that he’s never been able to before. So he’s excited by it and also incredibly nervous by it.”

Also Read: 'This Is Us' Star Chrissy Metz On Living Life at an 'Unconventional Size' | Video

“And the fact that he has money is something he’s proud of, but at the time same time, he doesn’t want to be made to feel ashamed of,” he continued. “But sometimes he has that feeling of, like, ‘OK, now he doesn’t think that I belong because obviously I have access to things that he may or may not.’ I think in his mind, he thinks that there’s a particular way sometimes to be Black. And I think he’s learning over time that there’s no one way in which his African-Americanness can manifest itself. He’s just learning to be comfortable in his own skin.”