You’ve been waiting and waiting for more Pearson family drama all summer and now NBC is giving you your first real taste, courtesy of a portrait session the “This Is Us” cast did with celebrity photographer Annie Leibovitz. The key art marks the first time Leibovitz has shot a TV cast since capturing “The Sopranos.”

While the stars of the Dan Fogelman-created series previously teased the momentous event with some behind-the-scenes snaps of their time with the artist, we don’t know if that in any way prepared us for the beautiful result (seen below).

In the portrait, the entire (grown-up) Pearson clan is standing together in the forest, decked out in coordinated red and green outfits. Yes, the adult gang is all there — something that pretty much only happens in promos or dream sequences, thanks to the patriarch’s deceased status — including Susan Kelechi Watson (Beth), Sterling K Brown (Randall), Mandy Moore (Rebecca), Milo Ventimiglia (Jack), Justin Hartley (Kevin), Chrissy Metz (Kate) and Chris Sullivan (Toby).

Also Read: 'This Is Us' Gets to the Chopper: Here's Your First Look at Jack in the Vietnam War (Video)

The shot of the siblings and the younger version of their parents — accompanied by the words “Family is forever” on the ad — looking pensive may be just enough to tide you over until “This Is Us” returns on September 25.

But be careful what you wish for, ’cause Season 3 is gonna be a real doozy, as Fogelman and his fellow co-showrunners have teased how much this year will revolve around Jack and his late little brother Nicky’s (“I’m Dying Up Here” star Michael Angarano) story during the Vietnam War. It’s a tale we already know Nicky doesn’t survive.

“There is something very freeing about getting past Jack’s death and getting to tell just a whole completely different kind of story,” Elizabeth Berger said last month during the Television Critics Association press tour. “It’s sort of different than anything our writers have done in the first two years, so to be all of a sudden be immersed in the Vietnam War, we think it’s going to be really special and really different.”

Also Read: 'This Is Us': Lyric Ross, Actress Who Plays Deja, Upped to Series Regular for Season 3

And last week, Fogelman tweeted a video that gave fans their first look at Jack wearing his military garb and holding a gun while riding in a chopper, teasing the NBC family patriarch’s time in the war. But don’t worry, we know it’s the slow-cooker that gets him in the end.

See Leibovitz’s portrait of the Pearson clan below. 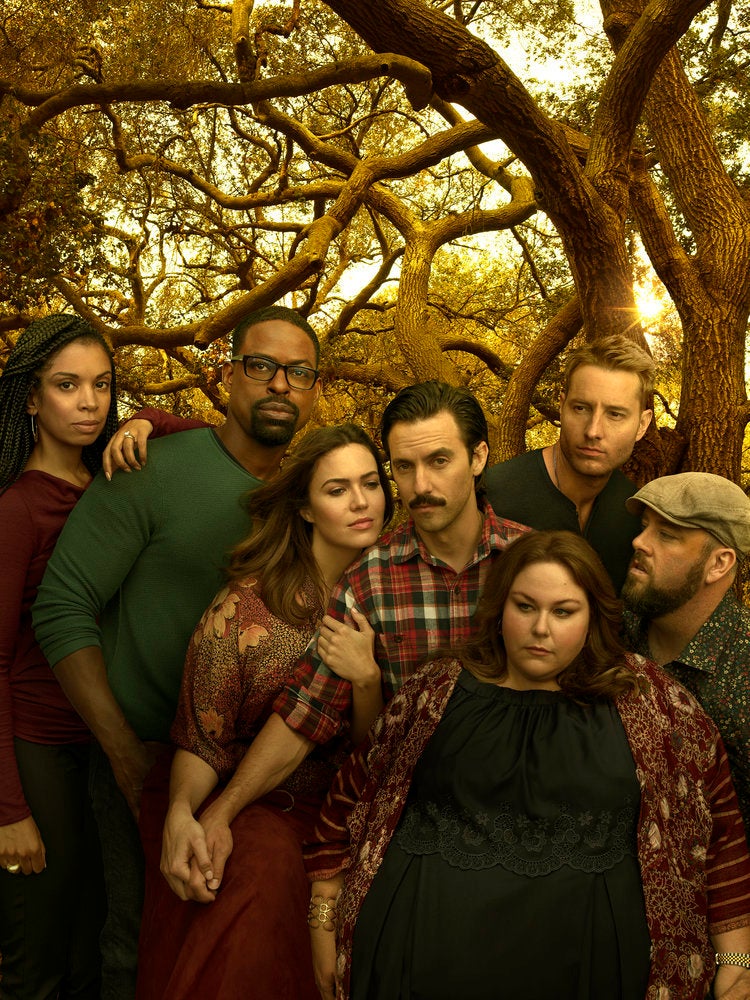