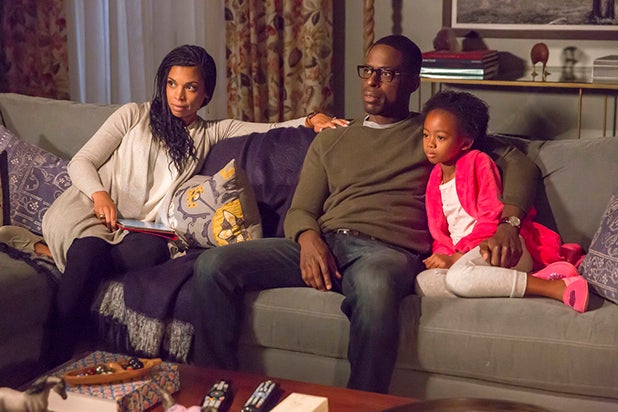 Looks like “This Is Us” isn’t done with twists quite yet.

Harsh reality is settling in, with everyone now facing the consequences of everything that went down in the pilot.

Also Read: Ratings: NBC's 'This Is Us,' CBS' 'Bull' Premiere to Strong Numbers

Kevin may have quit “The Manny,” but contracts and a hardass agent (Katey Sagal) make things slightly more complicated for him, and before long he’s getting ready to humiliate himself in front of the network exec (Brad Garrett) and beg for his job back at a fancy party. But with a little emotional support from Kate and Randall, he makes a huge decision to leave LA and try theater in New York.

Still not making any progress in losing weight, Kate has a freakout moment during her weight-loss support group, then reluctantly agrees to go to Kevin’s fancy Hollywood party, and even ends up having fun once Tony (Chris Sullivan) gets her drunk. Flashbacks reveal that her weight issues began early.

Meanwhile, on the East Coast, Randall’s biological father William (Ron Cephas Jones) has all but moved into his house, and Beth (Susan Kelchi Watson) is disturbed by it, especially when William begins borrowing money and disappearing for hours at a time every day. Turns out, he’s not back on drugs – he just has a pet cat at his place, and since he can’t bring the feline over due to their kids’ allergies, he’s been taking the bus three hours every day to feed it.

Also Read: 'This Is Us' Series Premiere Recap: The Big Twist Revealed

In flashbacks, Jack and Rebecca are now the parents of three rambunctious eight-year-olds, and Jack’s drinking is taking a toll on their marriage. She needs them to be at a 9, but he’s bringing their average down to 7.

Perhaps it’s not surprising, then, in the second whopper of an ending in as many episodes, Randall’s children answer the door and greet “grandma and grandpa,” who turn out to be Rebecca and Miguel, Jack’s best friend.

Thus, “This Is Us” leaves the audience with a new mystery: What happened to Jack?