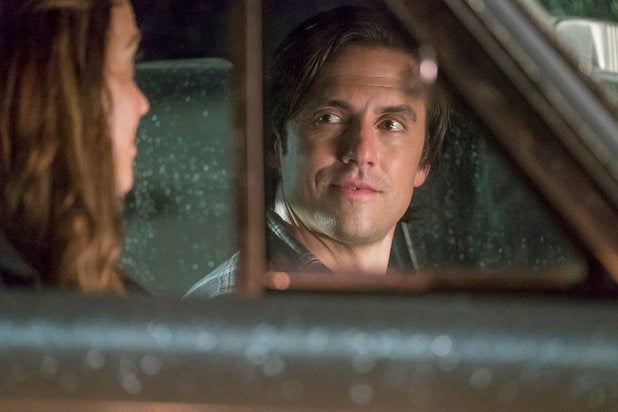 “This Is Us” is giving you another Pearson to know and love and cry over in Season 3, as the NBC family drama introduces the adult version of Jack’s late little brother, Nicky.

And from what Milo Ventimiglia says, well, you’re probably going to be crying a lot over this guy (even by the NBC drama’s standards) as the Pearson family patriarch’s little brother isn’t exactly in great shape when we meet him.

“The first time we see him on camera is going to paint a pretty clear picture of what his demons are, and what his struggles in life are. But just like classic ‘This Is Us,’ we’re going to bounce around in time and see a greater look at a new Pearson,” Ventimiglia told Entertainment Weekly of Jack’s baby bro (played by “I’m Dying Up Here” star Michael Angarano), in an interview published Monday.

Also Read: 'This Is Us': Mandy Moore Hints Season 3 Premiere Reveals More About Randall's 'Her'

The third season of “This Is Us” is expected to devote a significant amount of time to Jack and Nicky’s story during the Vietnam War in the past, with Kevin (Justin Hartley) journeying to the country in the present day to uncover what his father and uncle experienced. Ventimiglia previously said that when creator Dan Fogelman told him what Kevin uncovers his reaction was “Holy s—.”

And apparently he’s still sitting with that feeling as he learns more and more.

“It’s still the same. It’s still a ‘Holy s–!’ reaction to what’s going on with Jack and Nicky, particularly relating to Vietnam and how Jack lost his brother,” Ventimiglia said. “It’s going to take a moment to set the character up, and really understand the challenges that he’s been through as an individual. We can only assume that he’s seen the same that Jack has seen, but they are individuals so it’s going to take us a moment to set that up.”

Also Read: 'This Is Us' Season 3 Refresher: The Pearsons' Biggest Tearjerker Moments - So Far (Photos)

As fans will remember, Jack scolded Kevin and Randall (Sterling K. Brown) for not being kind to one another as children. And that guidance appears to come from Jack’s love for Nicky, as Ventimiglia says there is a “very close” relationship between the elder Pearson brothers.

“They had that shared experience of being raised by their father, so they really had to look out for another, but they also are different spirits,” Ventimiglia said. “Jack is very much still the older brother that looks out for his younger brother. At the same time, in what I’ve read so far of those scenes, Jack leaves room for his younger brother to be his own man and to stand up for himself. But Jack kind of can’t help but always want to do better for his brother.”