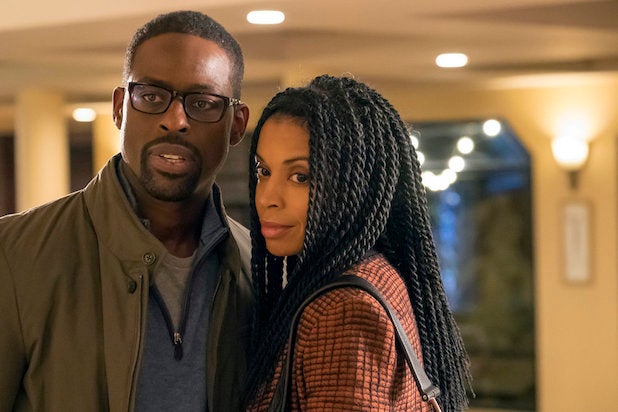 Don’t worry, “This Is Us” fans, it sounds like another couple won’t be broken up on the next season of the NBC drama.

Star Susan Kelechi Watson said that she spoke with the drama’s creator Dan Fogelman, and he told her Beth is “going to survive.”

“Dan and I spoke about it — they’re not going to kill Beth. She’s going to survive. It feels good to know,” Watson told Entertainment Weekly in a recent interview.

At the end of last season, viewers grew worried when Sterling K. Brown’s character Randall told his daughter that it was “time go see her” and a grown-up Tess (Iantha Richardson, the young Tess is played by Eris Baker) told him she’s not ready. Fans of the show have been wondering about who the mystery woman is that father and daughter seem to be dreading to go see — and one theory is that it might be Beth (Susan Kelechi Watson), who is either seriously ill or passed away.

With that theory now debunked, Watson said the idea of character dying never even crossed her mind until she heard about the fan theory.

“When I saw people tweeting about it, writing articles about it, I was like, ‘Oh, they’re kidding!’ My first thought was, ‘Oh, this is hilarious.” And then people really took it seriously,” she said (even her mom suspected she might be killed off).

But the actress didn’t give any hints on who the mystery woman might be. “I still think there’s mystery there, and I understand why,” she said. “Dan would like us to keep it there, so I’m going to stay away from it! That’s as much as I can say.”

Our next best guest? A grown-up version of Deja (Lyric Ross), the Pearson’s foster daughter.

“This Is Us” will return to NBC for Season 3 this fall.

Tony Awards 7 Biggest Snubs and Surprises, From 'Once on This Island' to Tina Fey