The Wrap News is pleased to announce that Thom Geier has been promoted to executive editor, reporting to Editor in Chief Sharon Waxman, effective immediately.

Geier joined TheWrap in 2015 and has most recently served as managing editor, building the quality of the newsroom and driving the site to record online traffic in 2019, while also overseeing the launch of a Pro subscription service for entertainment industry professionals.

“I am delighted to see Thom take the top leadership position in our newsroom after years of dedication to the site’s success,” Waxman said. “He has earned the respect and admiration of our entire staff, and excels at the high wire act of balancing the demands of breaking news with the careful news judgement of deep reporting. I am incredibly proud to call him a colleague and to see him rise to the challenges of our competitive news space.” 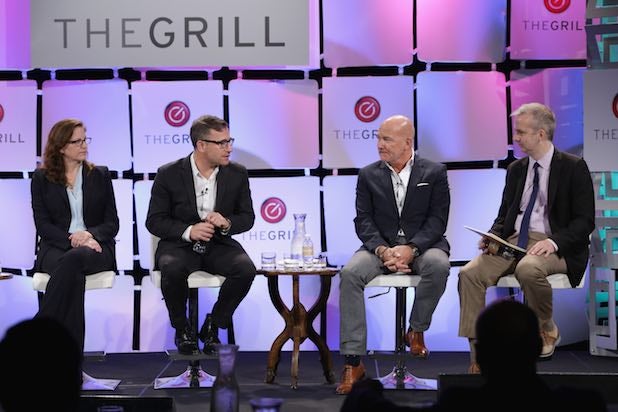 Under Geier’s leadership, TheWrap doubled its traffic year-over-year in 2019 and now reaches an average of 13 million unique monthly readers on the site with a reach of 50 million entertainment enthusiasts across TheWrap’s affiliated networks.

Geier previously served as senior editor at Entertainment Weekly, where he held a variety of jobs over 14 years — editing the news section and overseeing coverage of movies, theater and books. He also had stints at The Hollywood Reporter and U.S. News & World Report. He attended Yale University, where he majored in English and Humanities.

Geier succeeds Tim Molloy, who served as executive editor until the end of October.

The Wrap News Inc is the leading digital-first news organization covering the business of entertainment and media via digital, print and live events. Founded by award-winning journalist Sharon Waxman in 2009, The Wrap News Inc. is comprised of the award-winning, industry-leading website with its high-profile news breaks, investigative stories and authoritative analysis; it also includes premium, glossy magazines with stunning original photography and editorial, distributed to entertainment industry professionals; Wrap Events, a series of high profile gatherings of thought leaders including the Power Women breakfast series and summit, Oscar season screening series and TheGrill, an executive leadership conference centered on the convergence of entertainment, media and technology.