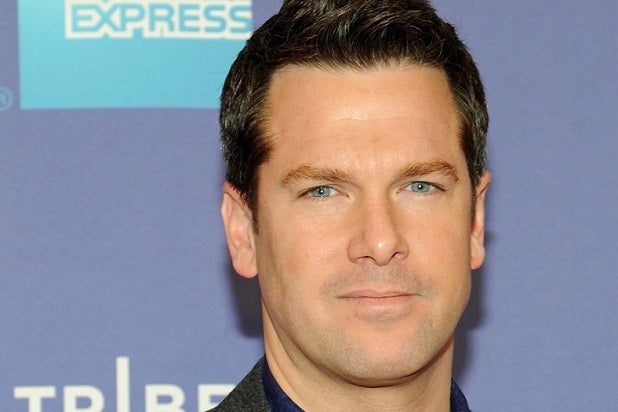 Roberts will host the ceremony with former Spice Girl Melanie “Mel B” Brown in Moscow, it was announced Thursday. Roberts is replacing “Watch What Happens Live” host Andy Cohen, who co-hosted the event for the last two years but bowed out this year because of Russia’s anti-gay laws.

“The law is that anyone under suspicion of homosexuality can be arrested,” Cohen told his former Miss Universe co-host, Rancic, earlier this year, saying that he “didn’t feel right as a gay man stepping foot into Russia.”

Roberts, who is also openly gay, explained why he stepped into Cohen’s shoes in an open letter Thursday, saying that he “aggressively went after” the assignment, even though he is “diametrically opposed” to Russia’s ant-gay laws.

The newsman, who came out in 2006, said that he took the gig because it’s “a huge, visible opportunity for LGBT people. Everywhere.”

“I am not a special case. I am a good person, good spouse, good child, good sibling, good friend and hard worker. That is me. I am just like millions of LGBT people around the world,” Roberts wrote. “We are good, regular, hard-working people who come from solid families. So when I heard there was a chance at this assignment I aggressively went after it. Lo and behold the Miss Universe team, NBC Entertainment & the Trump team agreed and offered it to me.”

Opining that boycotting Russia would be “too easy,” Roberts continued, “All kids — Russian, American or otherwise — need hope. I am a happy, healthy, gainfully employed, educated and married man. And yes, I am gay. These new Russian laws won’t stop Russians from being born LGBT and growing up to identify as such. Russia’s treatment of its LGBT citizens is unacceptable, unrealistic and only promotes homophobia and intolerance for a community that does and will continue to exist.”

Referring to people who need “hope, guidance, education, safe space and YES, LGBT role models,” Roberts concluded, “We do them no favors by turning away now. We must be visible, we must show up, and, as Harvey Milk said, we must ‘give them hope.’ … I go to prove there’s hope.”