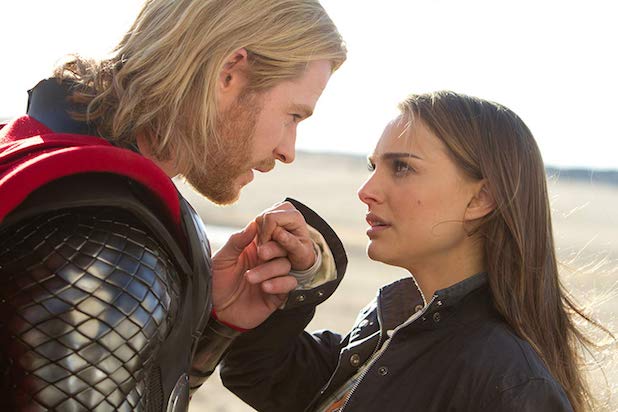 “Thor 4” has a title and a release date. “Thor: Love and Thunder” will hit theaters Nov. 2021, Marvel Studios announced during the Marvel Comic-Con panel inside Hall H on Saturday.

What’s more, Natalie Portman will return to play Thor’s erstwhile love interest Jane Foster — and she’ll take up the mantle of Thor, the Goddess of Thunder as she did in the comics from 2014-2018 in Marvel Comics.

Onstage for the announcement was Thor himself, Chris Hemsworth, along with Tessa Thompson, whose Valkyrie is the newly-crowned Queen of New Asgard, and Waititi.

Taika Waititi will return to write and direct. The filmmaker directed the third film in the installment, “Thor: Ragnarok,” which was written by Eric Pearson, Craig Kyle and Christopher L. Yost. Waititi also portrayed Korg in “Ragnarok” and “Avengers: Endgame.”

The plot remains under wraps, but in “Avengers: Endgame,” as the film is wrapping up, one moment of sorely-needed levity after so many gut-punches comes when Thor leaves New Asgard on Earth and hitches a ride to parts unknown with the Guardians of the Galaxy. As they get ready to depart, Thor jokingly refers to the group as the “Asgardians of the Galaxy,” leading to a funny exchange with Peter Quill (Chris Pratt) about who really leads the team. So we know at least where Thor might be when he returns.

“Thor: Ragnarok” grossed $854 million at the worldwide box office since its debut in November of 2017, and scored rave reviews from critics, achieving a 93 percent “fresh” score on Rotten Tomatoes, as well as an “A” CinemaScore.