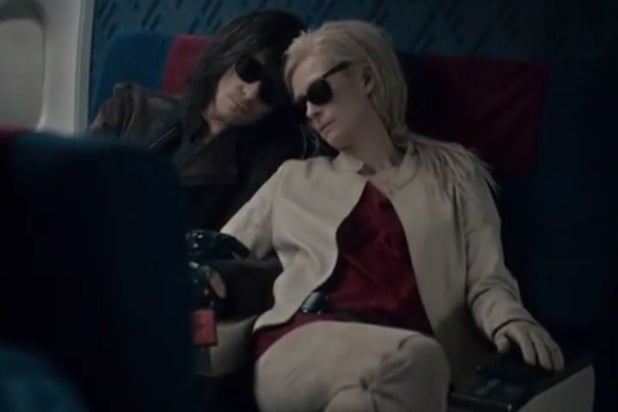 Tom Hiddleston and Tilda Swinton are two very old, very much in love vampires in the trailer for “Only Lovers Left Alive.”

The international trailer for the film, which debuted at Cannes, sees the two bloodsuckers trying to fit in with an ever-changing society that has rejected their ways over numerous eras.

Hiddleston, of “Avengers” fame, plays Adam, an underground musician reunited with his centuries-long lover, Eve (Swinton). Get it: Adam and Eve? The latter’s little sister, Ava — played by Mia Wasikowska — tests their seemingly unbreakable bond with her wild ways.

Soon, there is a body in a river and two lovers on the lamb.

“Only Lovers Left Alive,” directed and written by Jim Jarmusch, has a German release date set for Dec. 19. No U.S. release date has been set at the time of this reporting.