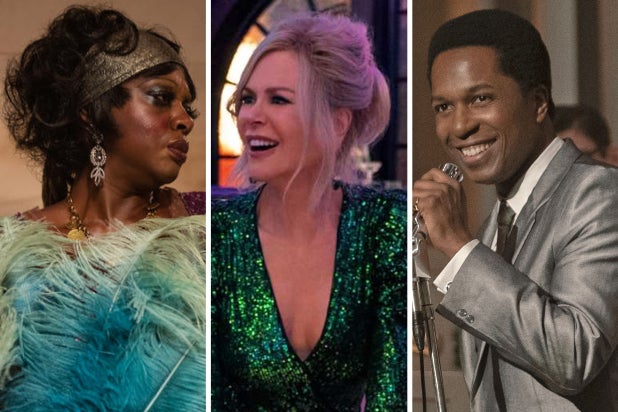 It’s 1927, and we are inside a Chicago recording studio. A blues singer and her band banter about the music business and its inherent lack of equality.

It’s 1964, and we are in Miami, where Malcolm X, Sam Cooke, Jim Brown and Cassius Clay (as he was known for one more day) discuss their roles in society.

It’s semi-present day and we’re in a small town in Indiana, where a high school prom is upended by a non-straight pair. Stage performers show up to save the day.

Three films are arriving this month — “Ma Rainey’s Black Bottom,” starring Viola Davis and the late Chadwick Boseman, “One Night in Miami,” directed by Regina King, and “The Prom,” directed by Ryan Murphy, starring Nicole Kidman, Meryl Streep and James Corden — that are all are adaptations of plays. This used to happen all the time but not so much anymore.

Also Read: How Ryan Murphy Got Meryl Streep to 'The Prom' - and Then Got Her to Rap

Until now. With movie theatres virtually empty, potential blockbusters busting, and uh, that COVID thing keeping us inside, viewers are seeking less noise and more intimate material. The kind that often emanates from the stage. “Hollywood got enamored of superheroes, but I think people like great stories, that are not just action, but human,” says actor/director/writer Ruben Santiago-Hudson, who adapted “Ma Rainey.” “They are craving ones that fit this time and space, when we are at our most volatile and most vulnerable.” 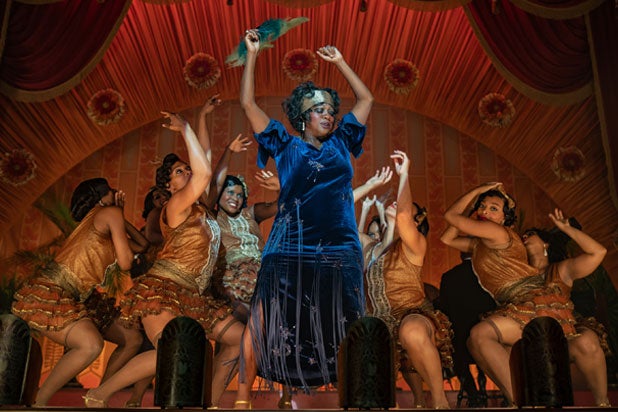 Santiago-Hudson had the daunting task of adapting the words of August Wilson. Fortunately, he had a close two-decade friendship with the late great playwright. “I wanted to honor him as a friend and mentor,” he says. “The story is absolutely intact, but it unfolds cinematically. We can come in close on faces and go outside when need be.”

“The limitations that you face when you’re on the stage, simply don’t exist when you’re doing a film,” echoes Chad Beguelin, who wrote the book and lyrics for “The Prom,” which was nominated for seven Tony Awards in 2019. “A song on Broadway might take place in one or maybe two locations, tops. In a movie, that song can flow to as many varied settings as the author and director can dream up.”

About seven years ago, writer Kemp Powers read that Sam Cooke, Malcolm X, Cassius Clay and Jim Brown once spent a long night together, after a Clay-Liston fight. He first thought about writing a book, then decided to do it as a play, which premiered in Los Angeles. And now the movie. “It was a challenge in having to rethink it all: when they walk in that room, when they walk out 88 minutes later,” Powers says of “One Night In Miami.” “Whenever you adapt a play, it means killing your babies, some of the things that worked best in a live theater.” Regina King, making her directing debut on the project, has said, “It was all there on Brother Kemp’s page.”

Then there is the resonance factor. “Ma Rainey’s” and “Miami,” while period pieces, are catching the Black Lives Matter tempest. “It always feels like the right moment, which is a bit depressing,” says Powers. “It’s taken people dying in the streets to make people pay attention,” adds Santiago-Hudson, “but better now than never.” “The Prom,” albeit lighter in tone, deals with homophobia, also still alive and well out there.

For decades, prominent stage plays — particularly musicals — were regularly adapted for family movie outings. But when the issue-laden mid-’60s arrived, movies like “Paint Your Wagon” and “On A Clear Day You Can See Forever” felt laughingly irrelevant. And with occasional exceptions, (“Chicago,” “Mama Mia”) it’s pretty much remained that way. Even non-musicals stalled. It’s difficult to imagine “Driving Miss Daisy,” “The Odd Couple,” “Amadeus,” “Frost/Nixon,” or “Who’s Afraid of Virginia Woolf” finding financing, let alone a place at the multiplex today.

Interestingly, the pre-pandemic trend was going the other way, as in screen to stage: “Waitress,” “Groundhog Day,” “Mean Girls,” “Pretty Woman,” “Tootsie,” “Moulin Rouge,” “The Color Purple,” “Honeymoon in Vegas” and “Network” all hit Broadway, with mixed results. Aaron Sorkin’s “To Kill A Mockingbird” has proved the biggest winner. At least since Mel Brooks realized Hitler was funnier when he sang. 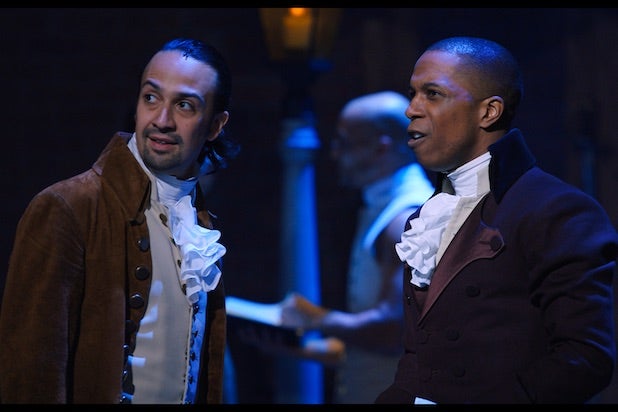 In the meantime, the networks keep stepping up. Lin Manuel Miranda’s “Hamilton,” of course, has become a monster hit for Disney+. Spike Lee directed a filmed version of David Byrne’s Broadway show, “American Utopia,” for HBO Max. PBS is airing Broadway musicals and Netflix will soon offer the new one about Princess Diana — who is having a moment of her own — that was scheduled for a spring Broadway opening. Ryan Murphy produced a filmed version of Broadway’s last revival of “Boys In the Band,” airing on Netflix.

All are hoping for that ultimate silver lining. “I think one of the exciting things about so many stage productions being translated to film is that it will hopefully inspire people to return to live theater once the pandemic is over,” says Beguelin.

This may also prove fortuitous for all those writers of unpublished plays that may be ready for their closeups. Arguably the most famous was called “Everybody Comes To Rick’s.” The 1941 play was never produced, but Warner Brothers bought, and transformed it, into a little picture called “Casablanca.”